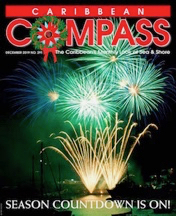 The Seven Seas Cruising Association’s high-frequency radio service, KPK, has teamed with the Caribbean Safety & Security Net and Boatwatch.org to benefit all cruisers. When Glenn Tuttle was asked to join the Board of Directors of the Seven Seas Cruising Association (SSCA) in 2015, he thought, “How could I combine my passions — cruising and radio communications — and serve SSCA?” He realized that he could make useful contributions to the organization and the cruising community by promoting the use of radio communications among cruisers.

A full-time liveaboard for over 30 years, who has cruised ten years in remote areas of the southern and southwestern Caribbean, spending months at a time at anchor without cellular or internet access, Glenn realized the importance of the HF/SSB radio aboard cruising vessels. Although a satellite phone is a great resource – and he and his wife, Eddie, used an Iridium phone during their cruising in the Caribbean – it is not a replacement for an HF/SSB radio. Glenn suggested to the SSCA Board that they establish an SSCA Voice Service (not a formal net) on the HF radio band to assist cruisers in remote locations who were without cellular and internet access, in order to relay priority and emergency information and to provide assistance with additional resources.

The assistance could include radio checks, float plans, telephone contact with family or friends, boat-to-boat relays, access to medical or mechanical professionals, internet searches, or other help that he might be able to provide. All vessels would be welcome to participate in this service provided by the SSCA. However, to reach the far corners of the Caribbean, a land-based radio and antenna system was needed. Such a station, operating on the marine bands from a land station in the US, requires a Private Coast License from the Federal Communication Commission.

The SSCA, with help from then president Scott Berg, obtained such a license, and is now authorized to operate under the call sign “KPK” from Glenn’s residence in Florida. Glenn has erected a 70-foot tower with a rotatable directional beam antenna tuned for the 8 and 12 MHz marine bands, which effectively reaches the entire Caribbean and beyond.

Through a partnership with the Caribbean Safety & Security Net (CSSN), any report of a yacht-related safety or security nature occurring in the Caribbean made to the SSCA HF Radio Net will be provided to the CSSN. Likewise, any recent incident posted on the CSSN website will be announced during the daily morning radio broadcast. The CSSN primary mission is the collection and dissemination of accurate information relating to crimes against yachts in the Caribbean, enabling cruisers to make intelligent decisions about how and where they cruise.

For decades blue water cruisers have relied on HF radio, both on the amateur and marine bands, for sea-safety services. One of these services has been the International Boat Watch Network (IBWN), which was founded by amateur radio operator Michael Pilgrim (K5MP) in 2001 as a public service and tool for the maritime community to share information regarding overdue and missing vessels throughout the world.

In 2007, Shipcom LLC, owned by Rene Steigler (K4EDX) took over management of the network. Steigler managed the IBWN until his death in 2018. Steigler was a member of the US Coast Guard Auxiliary and net manager of the Maritime Mobile Service Network, which continues to operate on the ham frequency of 14.300 MHz Upon Stiegler’s passing, ham operator Bobby Graves (KB5HAV), net manager of the Hurricane Watch Net, recognizing the value of the IBWN, took over its ownership and management.

Graves has been managing the organization very effectively but has found his primary interest in the Hurricane Watch Net has been taking a large portion of his volunteer time, and there are only so many hours in the day. Therefore, Graves contacted Glenn and Eddie Tuttle, to see if they were interested in assuming the IBWN’s ownership and management. The answer was an enthusiastic “yes” inasmuch as KPK also focuses on overdue and missing boats, primarily in the Caribbean.

Since July 2019, the Tuttles have owned and managed the IBWN, serving as a conduit between the family and friends of overdue and missing cruisers and the many governmental agencies responsible for Search and Rescue Operations throughout the world. They work directly with family members and friends of missing cruisers to assist in their interaction with government officials if needed.

Recently launched are a new website, Boatwatch.org, as well as a new Facebook Group called Boat Watch. The SSCA HF Radio Net operates daily at 1215 hours UTC (0815 Eastern Standard Time and 0715 hours Eastern Daylight-Saving Time) on Single Sideband frequency 8.104. The purpose of this service is to pass emergency and priority traffic, as well as traffic related to safety and security. The net also provides current news updates of interest to cruisers from such sources as the CSSN, Noonsite, the Salty Southeast Cruisers Net, Caribbean Compass magazine, Bahamas Chatter and others. It is also always ready to provide any vessels needing assistance with land-based resources.

During periods of transatlantic migration, KPK also operates the SSCA Transatlantic Cruisers Net. This net serves to keep transatlantic cruisers connected and take position reports for vessels that have filed float plans with KPK. The net operates in conjunction with Dick Giddings’ (KNC) Doo Dah Net, which is on the air daily at 2100 hours UTC (1700 Eastern Time) on frequency 8.152. After about 15 minutes it switches up to frequency 12.350 to reach vessels in Europe, depending on HF propagation. All vessels are welcome to join this net. However, for the net operators to take position reports and track your progress as you make the passage, they require a float plan be submitted, and that you have both SSB and satellite communications capabilities aboard. Float plans may be submitted to KPK@ssca.org.

In summary, the SSCA HF Radio Service, the CSSN, and Boatwatch.org work in harmony to provide a valuable service to the cruising community. It’s all about cruisers helping cruisers. How you can help the cruising community (without spending a penny or getting out of your chair): Help Boatwatch.org get recognized by internet search engines by going to Boatwatch.org and spending about five minutes navigating around the website. That action on your part will help Boatwatch.org become a recognized entity on the Internet when someone searches for help finding a stolen, missing or overdue boat.