The Story of Boat Watch, an International Cruisers Aid

The mission of BoatWatch.org is to maintain a worldwide network of resources to aid mariners that are missing or overdue; have a boat stolen; or to whom urgent messages need to be relayed.

International Boat Watch Network (IBWN) was originally founded by Amateur Radio Operator Michael Pilgrim (K5MP) in 2001 as a public service and tool for the maritime community to share information regarding overdue and missing vessels throughout the world.

In 2007, Shipcom LLC, owned by Rene Steigler (K4EDX) agreed to take over management of the network as a public service to the Maritime Community. Mr. Steigler and Shipcom managed the IBWN until his untimely death in February 2018. Mr. Steigler was a member of the U.S. Coast Guard Auxiliary and Net Manager of the Maritime Mobile Service Network (MMSN), a network which continues to operate on the “Amateur Radio” frequency of 14.300 MHz.

In 2018, upon Mr. Stiegler’s passing, Amateur Radio Operator Bobby Graves (KB5HAV), Net Manager of the Hurricane Watch Net, recognized the value of the International Boat Watch Network, refused to let it go by the wayside and took over ownership and management of the IBWN. Mr. Graves managed the organization very effectively but found that his primary interest in the “Hurricane Watch Net” was beginning to take a large portion of his volunteer time, and, as he said, “There are only so many hours in the day.”

At that time, Mr. Graves contacted Glenn Tuttle, the Net Manager of the Seven Seas Cruising Association High-Frequency Radio Service KPK, to see if Mr. Tuttle was interested in assuming ownership and management of International Boat Watch Network. The answer was an enthusiastic “YES,” inasmuch as the SSCA HF Radio Service KPK also focuses on overdue and missing boats, primarily in the Caribbean.

Since July 2019, husband and wife team Glenn and Eddie Tuttle have committed to ownership and management of the IBWN, now known as BoatWatch.org.

The Tuttles continue to operate and manage the organization, with the goal of bringing it to new heights as a credible organization, and to serve as a conduit between the family and friends of overdue and missing cruisers, and the many governmental agencies responsible for Search and Rescue Operations throughout the world.

Both Glenn and Eddie take this responsibility very seriously and do everything in their power to assist in helping locate all overdue and missing vessels. They work directly with family members and friends of missing cruisers to assist in their interaction with government officials if needed.

Eddie and Glenn Tuttle bring a wealth of experience and service to managing such an important organization: 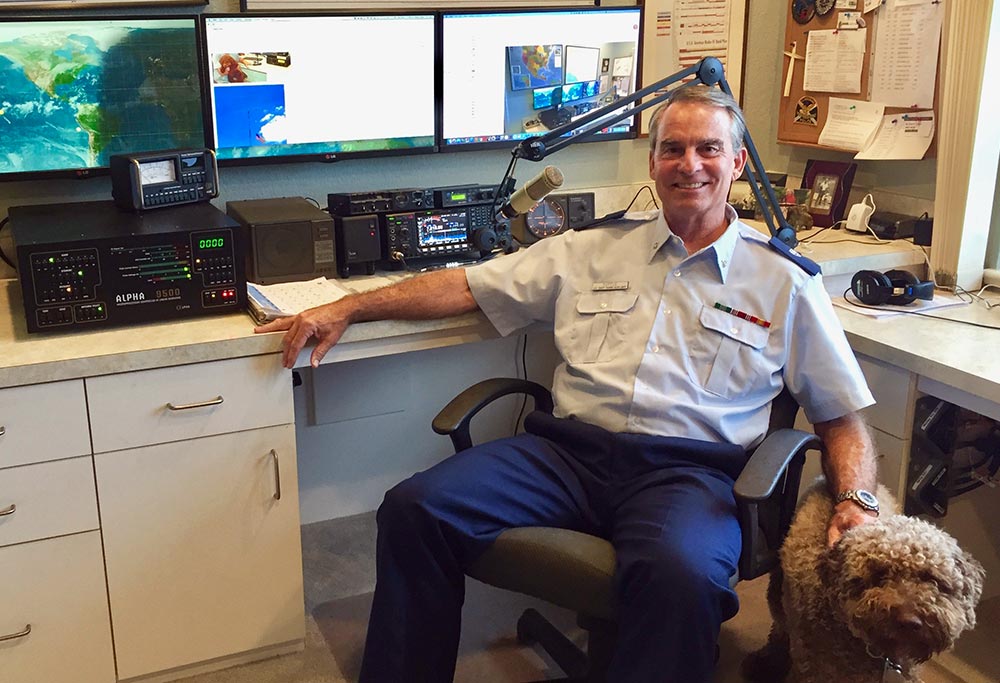 Glenn Tuttle is an active member of the USCG Auxiliary