Watch the beautiful tribute to Andreas made by another sailor at the location where Andreas and his boat disappeared.

In the early hours of 11 June 2019, two separate EPIRB activations were received from the S / V SALACIA with only sailor ANDREAS SIPSAKAS aboard. Andreas is a 40-year-old man from Estonia on a passage from Jamaica to San Andres, Colombia.

His well-founded blue water sloop is, Estonian flagged, 10 meters in length, white hull with the name SALACIA on the bow, white sail covers, blue dodger, and lee cloths, and a large solar array on a radar arch on the stern. He had a new self-activating Viking 4 person life raft aboard, and the vessel was equipped to sail around the world. I have also had a dinghy of some sort. Unknown if the life raft was in a canister or a valise. Andreas was in good health with no medical issues. 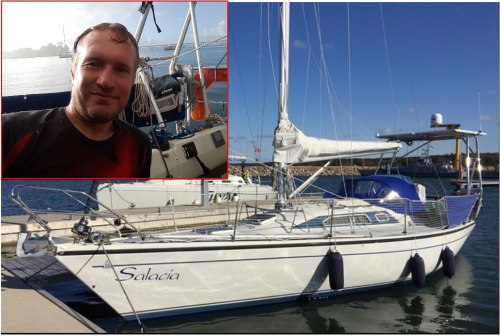 His last known port of call was the first week in June when he was in Negril, Jamaica, which is a small town and beach resort on the western tip of Jamaica. It is unknown whether he was anchored or in some marina there. He departed Negril, Jamaica on 06 JUNE 2019 for San Andres.

This general location is approximately 26 NM ESE of the Gorda Bank; 26 NM NNW of the Serrana Bank; 96 NM NNE of Providencia Island, Colombia. Water depth in the area is approx. 3600 feet to 6200 feet deep.

Upon EPIRB activation, USCG RCC Miami and RCC Estonia immediately began search and rescue operations. A nearby tanker ship, the CTG MAGNESIUM, was diverted to the area and found one of the EPIRBs and oily life jacket approximately 4 hours after the EPIRB activation. The ship did not see a debris field which would have been present had the vessel collided with another ship and sank, nor were there any other vessels in the area. Also, the USCG dispatched an aircraft to search the area with negative results.

This area off the Gorda Bank has been the scene of many pirate attacks in the past. Was S / V SALACIA the victim of a pirate attack in the middle of the night?

The following is a list of equipment aboard his boat according to his brother: His equipment: 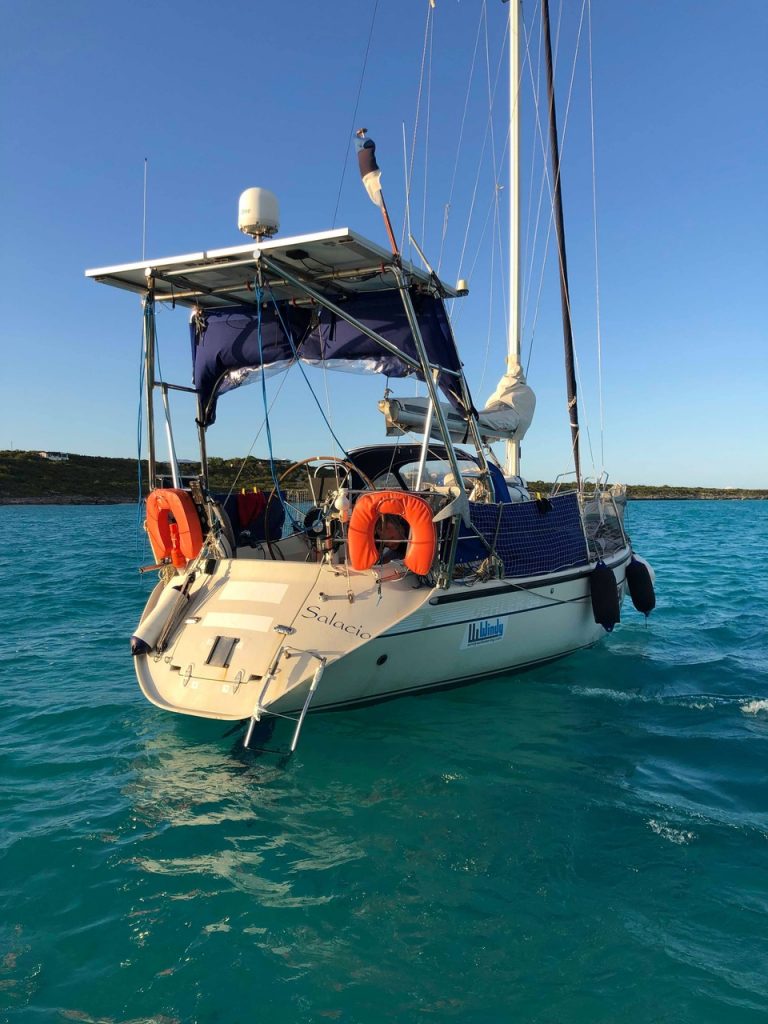 This sailor and his boat are missing from position 14 53.6 N by 080 26.8 W, or 26 NM ESE of the Gorda Bank off the coast of the border of Honduras and Nicaragua. Two EPIRBs were set off about midnight, and first vessel to respond was a freighter about 4 hours later. The only thing found was one of the activated EPIRBS and one life preserver. No debris field, normally associated with a collision at sea, or other sinking, was found. This area has been near the location of previous violent pirate attacks. See the Caribbean Safety & Security Net (safetyandsecuritynet.org) for past events.

There is a possibility the vessel was taken over by pirates and towed or sailed to the coast of Nicaragua or Honduras. It is also possible the boat was stolen and re-named in order to make drug runs.

Here is a YouTube video made by ANDREAS SIPSAKAS. This video shows a good description of the vessel.

The following is an INTERPOL YELLOW NOTICE

This extract of the Notice has been approved for public dissemination 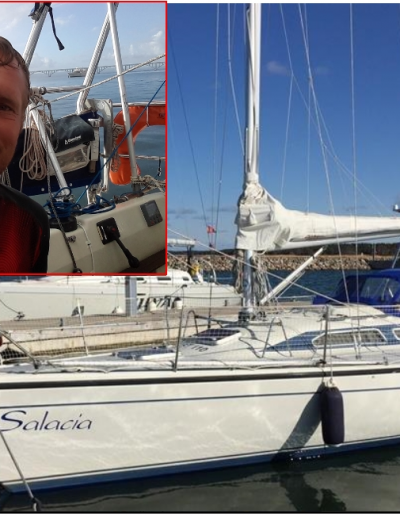 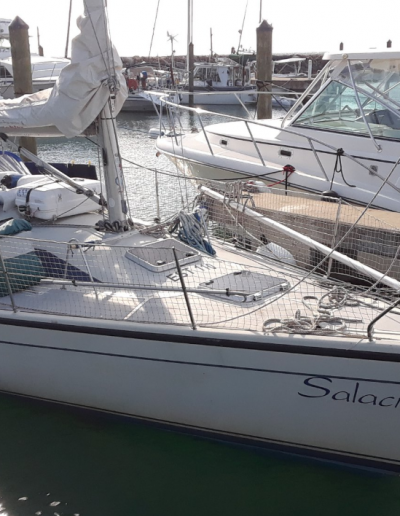 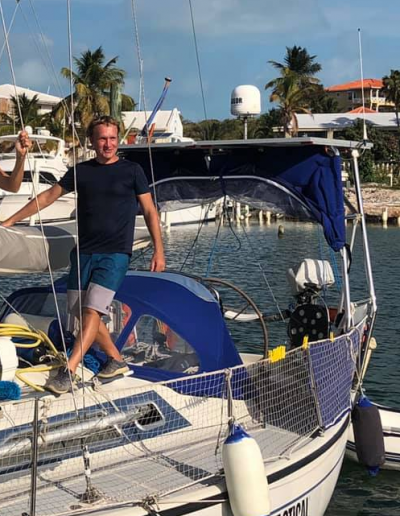 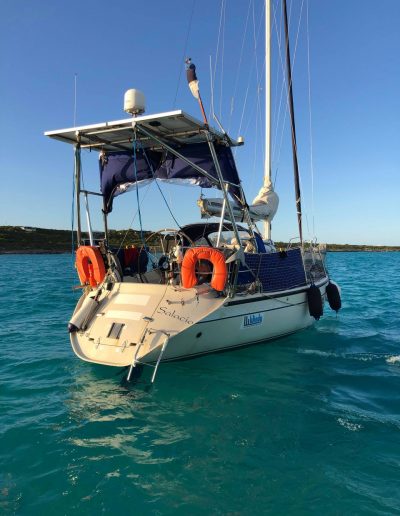 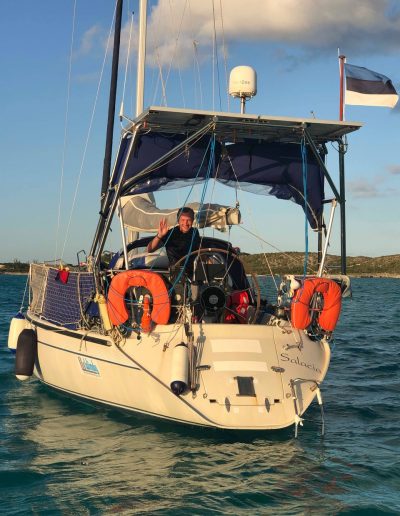 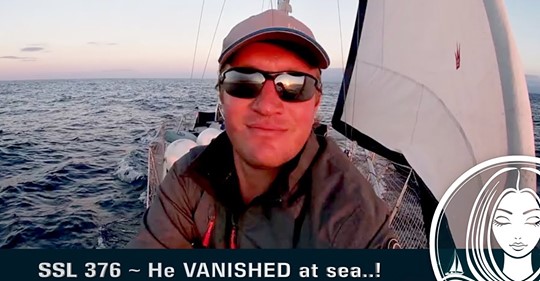 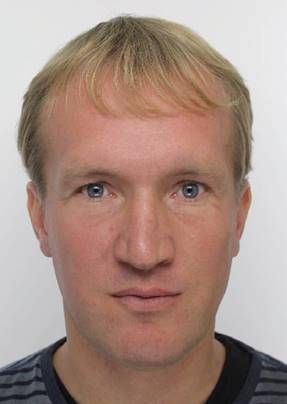