The SV Avrio was initially sighted by the US coast guard on 27 January at 01:27 local time (06:27 UK) 71 nautical miles from Ocho Rios which is in on the north coast Jamaica.

The Jamaican coast guard was alerted and arrangements were made for the vehicle to be brought to Port Antonio which is located in the northeast of the country.

There is a deceased person on board. Jamaican authorities are investigating.

The family of Mark Brenan wishes to thank everyone who helped in this search.

Conclusion: assuming WNW set from current at 0.9k, then W drift from wind is probably 0.7k, which is about 50% what I would normally estimate for an average sailboat adrift in 20k sustained winds.

If we see more N-NE wind due to ColdFRONTs, then the vessel may make landfall along Nicaragua  in 2nd half of January (if it does not run aground on any reefs / islands before reaching Nicaragua).

Another option is if wind is mostly E-ESE, and currents which from 80W to 81W flow N-ward then WNW into the NW Caribbean catch the vessel, then it may approach Mexico at the end of January / early February. 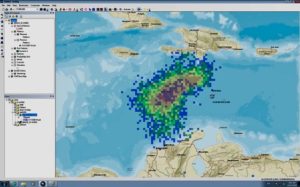 All cruisers in the area of the Caribbean highlighted in red should keep a sharp lookout for the SV AVRIO and assist if possible to determine if MARK BRENAN is aboard the vessel.

On 16 DEC 2019 Boatwatch.org received a missing boat report from a cruiser aboard a boat at Clarkes Court Marina, Grenada. That cruiser was worried about a dockmate at the marina named MARK BRENAN aboard the SV AVRIO.
MARK BRENAN was observed driving his boat out of the marina on 06 DEC 2019 at approximately 2000 hours. It was dark outside, and his navigational tri color masthead light was functioning. MARK BRENAN had arrived in Grenada from Barbados on 02 DEC 2019, and prior to that crossed the Atlantic Ocean.
The ocean crossing was hard on both MARK BRENAN, who is still a somewhat inexperienced sailor. The S/V AVRIO had dirty fuel issues, no radio or cellular telephone, and he had lost his dinghy in the trans-Atlantic crossing.
Subsequent investigation by Boatwatch.org has identified the S/V AVRIO as a Halmatic 30, blue hull, with “TYC” on the stern. TYC stands for the Thurrock Yacht Club in Essex, UK that listed the S/V AVRIO. Previous owner was Brian Clarke of Thurrock YC. Thank you to Boat Watch members in the UK for tracking this down.
On 19 DEC 2019, a SAR aircraft from RCC Curacao spotted a vessel adrift at 22:10 local time or approximately 126 NM NNE of Aruba. They took a photograph of the vessel as shown below. 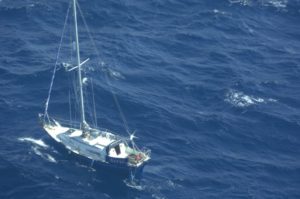 This information was forwarded to JRSC San Juan who had seen the Boatwatch.org BOLO for the S/V AVRIO, and connected the dots that this adrift vessel was the one missing from Grenada on 06 DEC 2019.

The vessel was spotted by JRCC Curacao as follows:

RCC Curacao calculated the vessel drifting on a 286-degree course at 2.4 knots. It is believed that JRCC used thermal imaging with negative results.
RCC San Juan assisted JRCC Curacao in issuing an AMVER Message regarding the vessel requesting ships in the area to render assistance if possible. There were no responses from ships in the area.
Boatwatch.org then focused on locating the next of kin for MARK BRENAN. Boatwatch made contact with MARK BRENAN’s Brother In Law and Mark’s Mother, both living in the UK.
A missing persons report was filed by the family of MARK BRENAN with the police in the UK. 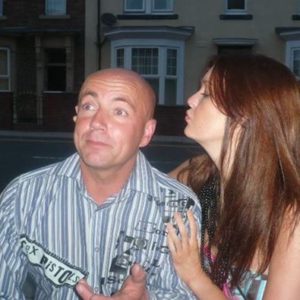 On 27 DEC 2019 Detective Constable Alison Hayhoe, Southern CID
M: 07885264407, E-mail alison.hayhoe.8699@northumbria.pnn.police.uk contacted Boatwatch.org to advise that anyone with information regarding MARK BRENAN or the S/V AVRIO should contact Detective Constable Hayhoe at the aforementioned phone number and/or e-mail address.

Boatwatch.org has asked Chris Parker of the Marine Weather Center to conduct a drift analysis of the SV AVRIO based on the positions provided by RCC Curacao. It is our hopes at Boatwatch.org, the police department in the UK can prompt some Rescue Coordination Center in the Caribbean to try to locate the SV AVRIO. MARK BRENAN may be incapacitated or injured and aboard the vessel.
Boatwatch.org will continue to monitor this case until a resolution is made. Any information regarding this case may also be sent to Glenn@Boatwatch.org. We thank the many cruisers in Grenada and elsewhere who have assisted in this boatwatch. It’s all about Cruisers Helping Cruisers.
Glenn & Eddie Tuttle
Boatwatch.org
Punta Gorda, FL
941-456-5070
941-456-5080 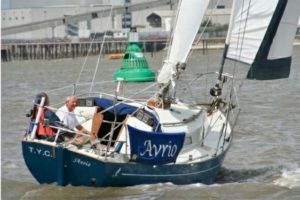