From the family of Del and Craig Mc Ewan.

To our dear friends and family,

It is with a heavy heart that after every effort possible has been made we need to inform you that the search for Del and Craig McEwan has been called off with no recovery being made.

We would like to thank you all for your prayers and support throughout this difficult times.They are now dancing with the waves, moving with the sea, letting the rhythm of the water set their souls free into the arms of our Saviour. 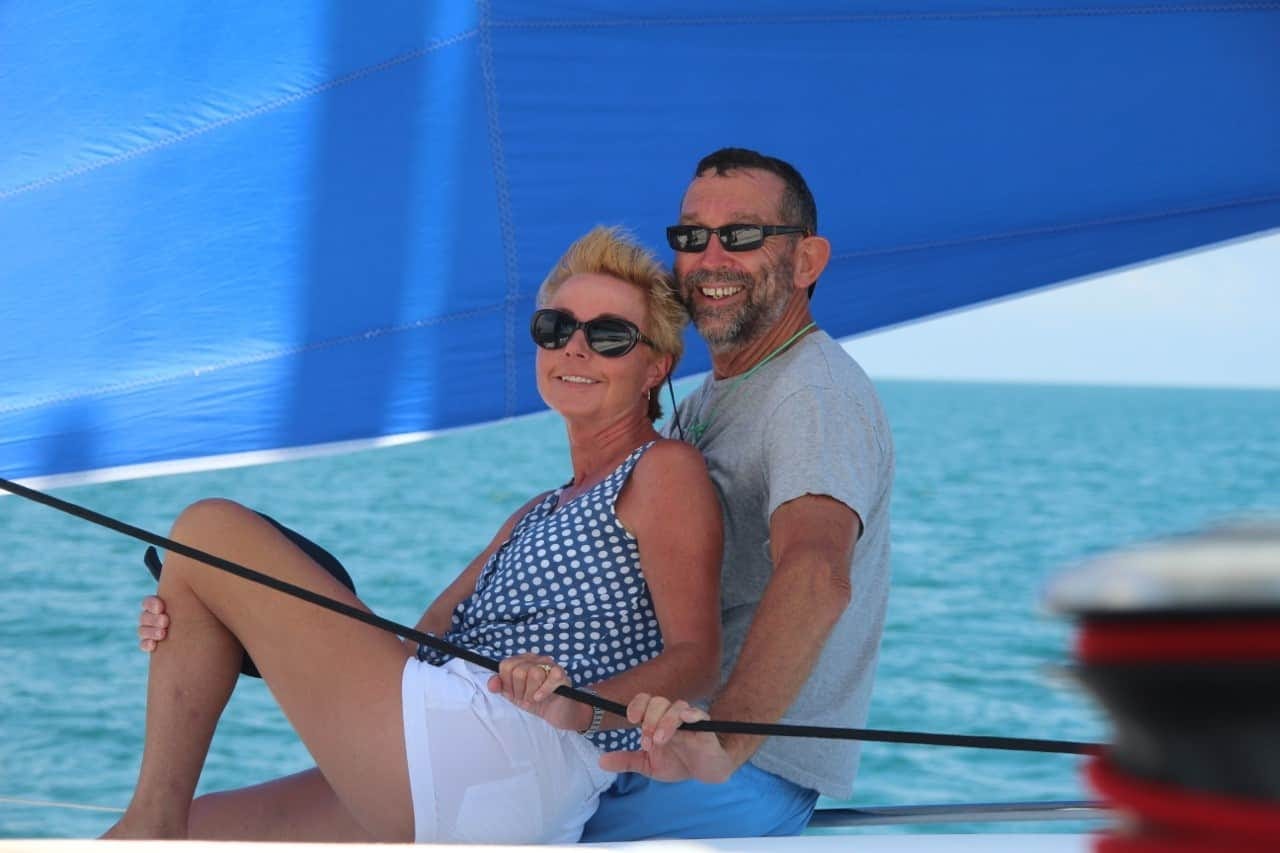 We are holding a celebration of life next Saturday 1st August 2pm at the Jacobs Well boat ramp 4208/2 esplanade Jacobs Well we would like to extend an open invitation to all of mum and Craig’s friends and family who wish to join us. Bring a drink let’s raise a glass to their final bon voyage! Please wear bright colours

Dangerous conditions have hindered the search for a missing Bribie Island couple after their boat sank off the coast of Tanzania in East Africa.

Del and Craig McEwan were sailing across the Indian ocean to the Seychelles archipelago when their boat began to sink after encountering stormy seas on Monday night. It’s unclear whether or not the couple successfully boarded a life raft while waiting to be rescued by the Seychelles Coast Guard.

The couple had been travelling the African coast in a catamaran named Ohana-Uli and were planning on returning to Australia.

In a statement, the Australian Maritime Safety Authority (AMSA) said a distress beacon registered to an Australian catamaran was detected in the Tanzanian search and rescue region on Monday evening.

Queenslanders Craig and Del McEwan have been travelling the world via catamaran.(Supplied)

“AMSA identified and contacted the closest and only available merchant ship, the tanker Atlantic Lily. The Atlantic Lily diverted to the location,” it said. “Upon arrival on scene the next morning, the ship’s crew encountered extremely challenging conditions, including rough seas and strong winds in darkness and attempts to recover survivors were unsuccessful. “AMSA would like to express its condolences to the families involved and its gratitude to the crew of Atlantic Lily who attempted to provide assistance as per their international obligations in highly challenging conditions.”

Missing Queenslander Craig McEwan had been living permanently onboard a catamaran and sailing the world with his partner Del.(Supplied)

The sailing community have expressed their concern for the couple with many posting to a Facebook group. One member, Nikki Loolah said search and rescue teams were sent out on Wednesday to find the couple but were unsuccessful. “Sadly there was no success finding Del and Craig yesterday,” Ms Loolah posted on Wednesday.

“No sightings or debris, last sighting was at 6:00am Tuesday morning and I can confirm the damage to the life raft was significant enough that they were in the water — heartbreaking.” Another member, Graham Gower said he had been in contact with the Seychelles Coast Guard who told him a military plane also searched the area on Wednesday. Jeffrey Cheffers met the couple five years ago when he and his partner’s boat was moored next to theirs in the Darwin marina.”They were living permanently on their vessel and were travelling the world when this accident happened so they’re extremely experienced sailors,” Mr Cheffers said. “I can’t imagine this would be human error, put it that way.”

“The last sighting is that they were sort of floating in the water in very rough conditions off the Seychelles and the word from the Seychelles [Coast Guard] is the conditions were too rough and too dangerous to search for them,” Mr Cheffers said. “So it’s all looking a bit tragic for our friends.

“They would have been left floundering and if it was really rough seas and dark it would be catastrophic — there wouldn’t be worse conditions to find yourself in.

“So it doesn’t look good if they’re 250 miles off the coast — you can’t see land, you can’t swim for assistance and there’s no one there to help.”

Mr Cheffers described his friends as seasoned sailors who were friendly and helpful to newcomers on the sailing scene. “I can remember six or eight of us sitting on the rear deck [of their boat], all lounging in the sun, joking, laughing, having a chat [and] probably a glass of wine. “Hopefully a miracle occurs and they’re rescued.” The Department of Foreign Affairs and Trade has been providing the couple’s family with consular assistance.

ON BOARD, TAKING ON WATER IN VICINITY