BOLO For Three Fishermen Missing In The Bua Waters of Fiji, South Pacific

BOLO for three fishermen are missing from the Bua Waters of Fiji, South Pacific. Their boat is described as white and 29 feet. Fiji Navy Search and Rescue Centre, have been searching the Bua waters since the report was lodged by the boat owner on December 7.

Since they have not returned, family members are now more concerned because a depression is being warned that it could turn into a tropical cyclone. The country’s cyclone season is from November to April. 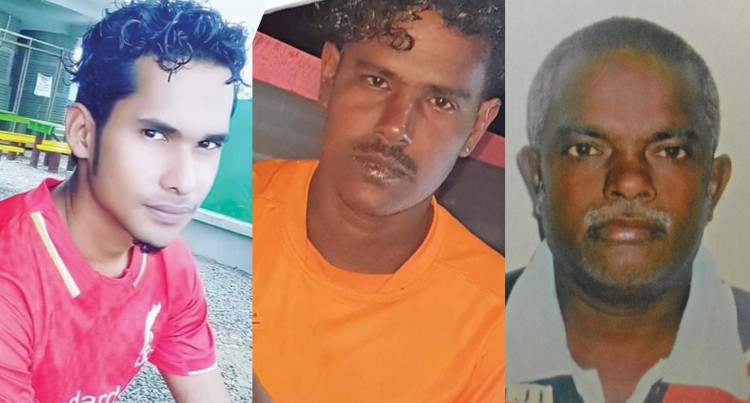 With a tropical depression approaching, families of three fishermen reported missing in the bua-yasawa waters are still hopeful of their safe return.

The three fishermen – william ryder, 24, rajendra swamy, 49, and captain Kamlesh Prakash left Labasa and headed towards Bua around mid-day on November 23 to go on their routine fishing trip, which usually lasts 12 days.

The boat is white in colour and 29-feet long.

Since they have not returned, family members are now more concerned because a depression is being warned that it could turn into a tropical cyclone. The country’s cyclone season is from November to April.

Ryder, who is from Lekutu, Bua, with maternal links to Vunimoli, is expected to get married next year. He is the youngest of the trio.

Mr Ryder’s father, Lum Koon Ryder, 57, has been calling his son’s mobile phone every day, hoping that he will answer the call. In between sobs, he said he just wanted his youngest son to return home safely.

Sister Elisha Ryder said she felt something was amiss when she reached their family home in Vunimoli and heard news of her younger brother going on a fishing trip.

Elisha believes the boat owner should have lodged a report to Police earlier when the three failed to return after the 12-day trip.

“Something could have been done then and the three families would not have to be so miserable right now,” she said.

Remaining optimistic of her brother’s safe return, Elisha continues to get an update from Police and is thankful for their search efforts.

The family of Mr Swamy in Naduna is also hopeful that his 30 years of experience in fishing will bring the father-of-two children home safely.

The boat owner, who wished not to be named, said two other fishing boats followed the same route, while one returned on the 12th day.

They have also sent out two boats to the same fishing spot and would return on Tuesday with some information.

The owner said: “I have been in constant contact with the Fijian Navy and Police Force from Nabouwalu, but there has been no positive sightings of the boat.

“I contact the crew every day. On the sixth day I called, they said everything was fine and they were looking for some bait and would continue fishing.

“I made another call on the 11th day since they usually return on the 12th day, they said they would continue to fish for a few more days.”

He said the longest they had gone out was for 15 days.

“When they didn’t return on Saturday, I waited for Sunday. Maybe they will take one more day, but on Monday I couldn’t wait anymore and reported it to the Police,” the boat owner said.

“The spot they go fishing too, we cannot reach them because there is no network there. Only time we can contact them is when they start coming back. I am really worried.

“It was also a fine day when they went out, way before this recent weather alert. I hope they are still somewhere out there.”

“The captain decides who goes on the trip; this is William’s first trip on my boat,” he said.

Police, with the assistance of the Fiji Navy Search and Rescue Centre, have been searching the Bua waters since the report was lodged by the boat owner on December 7.

Anyone with information who can assist police is requested to call Crime Stoppers immediately on 919 or 9905543.

The public are advised to follow daily weather updates given by relevant authorities before deciding on a trip out to sea.