Problems In The Emergency Beacon Network 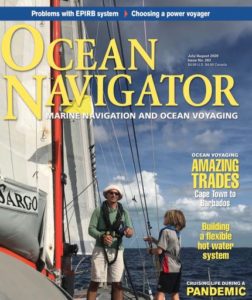 Problems in the emergency beacon network

When voyagers purchase and register an EPIRB, they have a reasonable expectation that should they activate the beacon, the Sarsat system will swing into gear and rescue them. And in many places around the world, that expectation is well founded. Two recent cases of EPIRB activation, however, suggest that even the best, most reliable EPIRB might not help you in an emergency.

The EPIRB on your boat is the user element of an international system called Cospas-Sarsat. This system developed by the U.S., the USSR (after the breakup of the USSR, Russia continued to participate), France and Canada began in 1979 as an agreement between the four nations for a satellite-based system for aiding downed aircraft and mariners in distress. Transceivers were first included on board low Earth orbit (LEO) polar orbiting weather satellites. These transceivers pick up the signals from EPIRBs and emergency locator transmitters (ELTs) on aircraft and retransmit them down to Earth stations. Later, similar Sarsat transceivers were added to geostationary satellites and to GPS, GLONASS and Galileo medium Earth orbit (MEO) navigation satellites. The result is that 54 satellites are listening for EPIRB and ELT signals, and together provide coverage for the entire globe.

The Earth stations, called local user terminals (LUTs), send the distress signals to 34 mission control centers (MCCs) around the world. The MCCs evaluate the case and then send the info to the appropriate Rescue Coordination Center (RCC). These are the facilities that actually dispatch search and rescue (SAR) vessels and aircraft to find and assist the boat in distress or downed aircraft.

In general, the system works very well and has a long history of successful rescues. With the advent of 406-MHz EPIRBs that can broadcast their GPS-derived positions, the system has gotten even better and more precise.

As good as it is, however, this arrangement does have a few problems. These weak points were pointed out by two recent EPIRB activations that did not result in rescues. In fact, in both cases there has been no determination of what happened to the mariners who turned on their EPIRBs seeking help.

The most recent case is that of British sailor Robert Peel, who departed from Tyrell Bay, Carriacou, on March 18 on board his boat Kalayaan, a Sun Odyssey 54 DS. Peel’s plan was reportedly to sail north to Puerto Rico. On March 19, the EPIRB registered to Peel was activated. This resulted in the RCC at Falmouth, U.K., and the RCC in Trinidad and Tobago both being alerted. Falmouth was included due to Peel’s boat being registered in the U.K., and Trinidad because the signal originated in its area of responsibility.

An account from Peel’s yachting friends in the Caribbean was posted on Boatwatch.org, a site devoted to tracking SAR cases. This quote indicates that, in the Peel case, something went amiss with the Sarsat system at the RCC level: “We have contacted MRCC Falmouth, U.K., USCG San Juan PR, MRCC Martinique, SAR in Grenada and everyone seems to be bouncing around whose problem this is.” 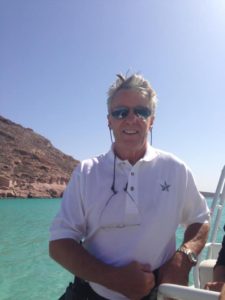 Records indicate that Peel’s EPIRB began transmitting on March 19 and continued to broadcast for five days. According to Glenn Tuttle, who runs Boatwatch.org, RCC Trinidad and Tobago transferred responsibility for the case to RCC St. Vincent, which “allegedly sent a boat out the next day and didn’t find anything and returned to base.” This single search by one SAR vessel turned out to be the only search mounted, even as Peel’s EPIRB continued to ping for five days before it presumably ran out of battery power and ceased broadcasting.

“We analyzed the raw data from the satellite. Nobody asked for help from USCG San Juan, who could have had a C130 over the EPIRB in less than a few hours,” Tuttle wrote in an email. “To make things worse, nobody issued an AMVER alert to all ships in the area. We analyzed satellite AIS data overlaid on the EPIRB’s drift course. There were lots of ships in the area, but no indication of a collision.”

Chris Parker of Marine Weather Center (mwxc.com), who partners with Boatwatch, conducted an analysis of the EPIRB data in an attempt to determine how Kalayaan may have drifted. Parker’s analysis led him to suggest that, on April 16, Kalayaan was north of Bonaire and partially submerged. Parker’s complete analysis can be found on this website under Unresolved Cases.

A similar case of an EPIRB being turned on with no response involved Rocco Acocella and his 8-meter Telstar MK II trimaran, Trinavis, in June 2019. While on a passage from St. Maarten to Barranquilla, Colombia, Acocella activated his PLB on June 22 off the coast of Colombia and it transmitted for at least 24 hours. Trinavis was reportedly only 30 miles offshore. Acocella and his vessel remain missing. According to Tuttle, this incident was evidently a miscommunication between RCC Curacao, RCC Colombia and RCC Italy. 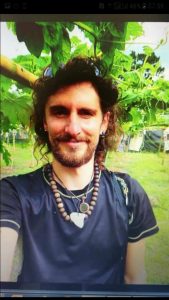 So, it would seem that while EPIRBs, satellites, LUTs and MCCs are all parts of what can be an effective system, in some places in the world you might not be able to rely on your EPIRB or PLB to get help. Tuttle puts it this way: “Nobody should ever go off- shore without a satellite phone or [satellite] tracker.”

The full story concerning Bob Peel – SV Kalayaan and Rocco Acocella – SV Trinavisis can be found on this website in Unresolved Cases.