PLB Helps With Rescue Of Five Off Key Largo 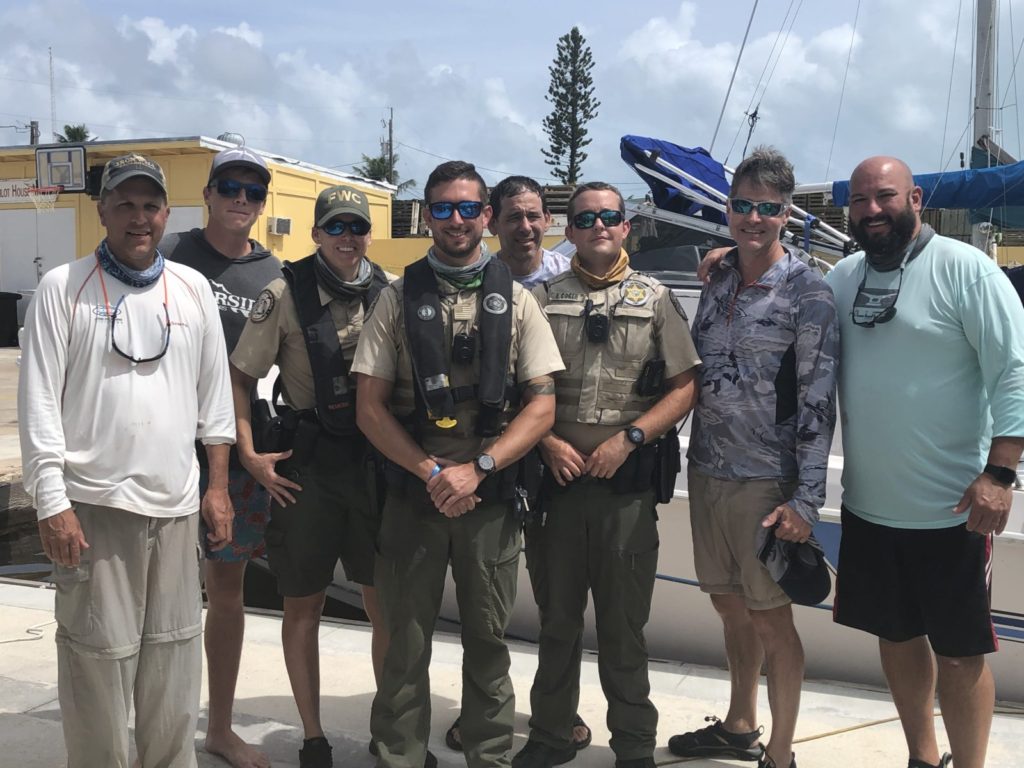 A group boating on the waters off of Key Largo were found and rescued safely after their vessel sank a few miles offshore.

A 911 call came in to Florida Fish & Wildlife officers around 11 a.m. on Oct. 5 regarding a boat sinking with five people on board. The recreational, 25-foot center console sank in less than a minute, according to the captain.

The vessel captain had a personal EPIRB, emergency position indicating radio beacon, which assisted officers and the U.S. Coast Guard in locating the people in the water off of Molasses Reef. The five individuals were in the water for over an hour clinging to two bean bags used for seating on the boat before FWC located them adrift in 6-8-foot seas.

FWC officers Billy Thompson, Paige Pestka, Ethan Coger brought all passengers into shore to Pilot House Marina. Besides being a little shook, no one was injured in the incident. FWC says the vessel that sank will be located once the weather improves.

FWC says boat passengers should always wear a life jacket, as instances like these leave passengers little to no time to grab one.

“Luck was on their side today,” said Bobby Dube, FWC officer and public information office. “The captain remained calm and immediately got that important 911 call off before the vessel sank, and they had an EPIRB on board the vessel to assist with the search and rescue.” 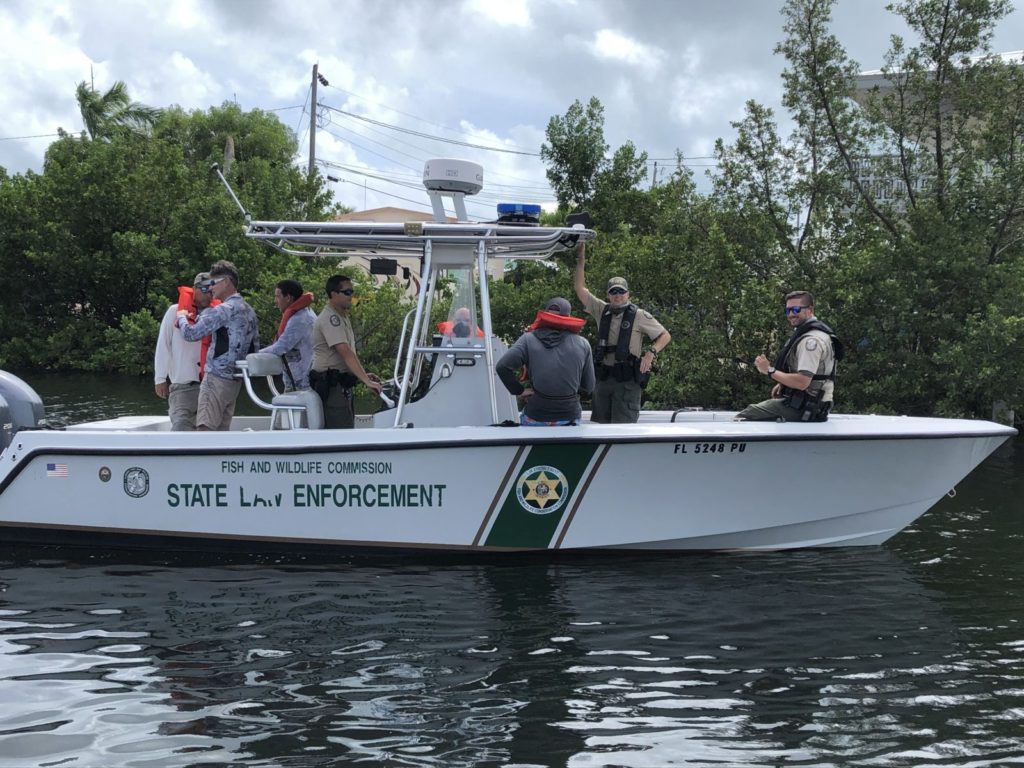