Two men that were missing in their boat since Sunday, March 27th, 2022 at 7 AM, on a passage from Morgan’s Bluff, Andros, Bahamas to Freeport Grand Bahama have been found and are being towed in to Lucaya Marina as of 11 AM this morning. They are in good health.

Many thanks to everyone who has been looking for them including Basra GB, Bahamas Defense Force , Police Marine Division GB , and USCG. 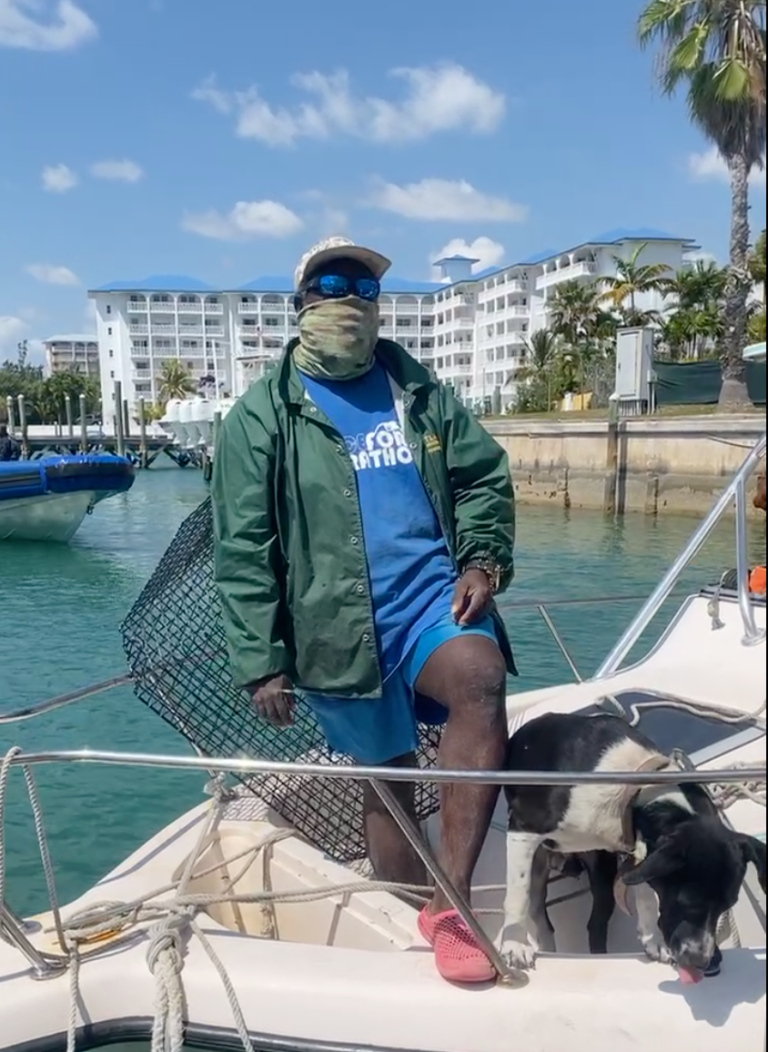 Andrew Rolle also known as “Conchalay Conchalar” on his boat after he, his friend and a dog were lost at sea for nearly four days.

NASSAU, BAHAMAS — After nearly four days of drifting at sea, missing boaters Andrew Rolle, Zephaniah Pennerman, and his dog have returned home unharmed after they were rescued by officials yesterday.

The trio left Morgan’s Bluff, Andros at around 7am on Sunday but lost contact once they passed the Berry Islands around 11am.

In an interview just minutes after being towed into the Freeport Marina, Rolle also known as “Conchalay Conchalar”, said he felt “dead good to be on land”.

He said although he was tired, all he needed was a haircut, a change of clothes, a shower, and a bar.

He recalled the harrowing experience of nights on the open ocean with no way to call for help in an interview with Eyewitness News.

Rolle had just had his first meal since Sunday — a steak sandwich.

He said while he had some food supplies on the boat, he couldn’t eat and instead spent his time cleaning his vessel, sorting rope, and keeping his mind busy.

The experienced seaman sought to set the record straight that he didn’t get lost at sea but simply ran out of gas after battling severe weather as he tried to make his way back to Grand Bahama.

Rolle said although he bought gas during stops in Fresh Creek, and Morgan’s Bluff, before heading to the Berry Islands, there wasn’t enough fuel to get him through the storm.

“I thought everything was ga’ be cool but it got worse,” he said.

“…Only two things could happen, either I turn back or I continue going and I saw the boat wasn’t taking water. It was bumpy bad but I said I wanted to go on.”

He said the winds picked up suddenly and the water become rougher.

He said as he approached Grand Bahama, he realized his fuel was almost empty and immediately knew he was in “problems”.

Despite his attempts to preserve fuel, Rolle said the vessel cut out on him and he and his passengers were left to drift.

The boat was now floating in the open Gulf Stream, where he knew he couldn’t just throw his anchor out and wait for a ride.

The avid boater said he was mostly concerned about the large tankers that often pass through the stream without stopping.

He said he also knew that anything could happen while they were out on the ocean, even being robbed and having his boat stolen.

Rolle said he made multiple attempts to call the emergency line via radio, but got no response.

He said he had some food items on the boat like crackers, peanuts, and canned food. He said he also had plenty of water which he, Pennerman, and the dog were able to drink to stay hydrated.

For the two days that they were adrift, Rolle said the weather was so so calm that the boat wasn’t moving at all.

But on Wednesday morning, he said he got up and “just started praying” and soon after the wind picked up from “nowhere” and the boat was turned around.

Rolle said he quickly turned on the GPS to see that the wind was pushing him toward Freeport.

He said it continued to push harder and harder towards the second city, so he charged up his phone and devices and waited until he got a signal.

Rolle made his first call to his lifelong friend and told him that they were taking on water and gave him their location before the service cut out.

However, the wind continued to push the vessel closer to Grand Bahama where he was able to receive a stronger phone signal to call his wife and family members to let them know he, Pennerman and the dog were alive.

Those calls spurred additional search and rescue effects from the Royal Bahamas Defence Force, the United States Coastguard, BASRA, along with an aircraft that combed the waters near Grand Bahama area to rescue them.

Once his boat had been tugged into the marina, Rolle expressed disappointment that at one point on the water they saw a sailboat floating in the ocean that passed them, but didn’t stop. He said they attempted to radio the ship but didn’t get a response.

“I was disappointed in that. You never do that to somebody,” he said.

For his part, Pennerman said he was not worried.

“I knew we were going to make it. We took turns. He took over the night shift. I took the day shift. He bailed 30 to 40 gallons in the night, I do the same in the day”.

He said that his dog was also well, but was just anxious to get off of the boat.

Rolle, who is also the country leader for the “Let’s Do It! World” Foundation, said he knew he was well known but was speechless to see just how many people were searching for them and worried about their well being.

Sloan Smith is a senior digital reporter at Eyewitness News, covering a diverse range of beats, from politics and crime to environment and human interest. In 2018, Sloan received a nomination for the “Leslie Higgs Feature Writer of The Year Award” from The Bahamas Press Club for her work with Eyewitness News.

More Details of the Rescue – notes from Eddie Whan

Hi Eddie Tothill. Yes out of nowhere we received a call this morning giving us the lat numbers and not the long , they had received a call from the vessel who was obviously near a cell tower, I then started to call the number and never gave up until he answered, it was quite broken but we were persistent. Our director of SAR also started then everyone being BASRA , the police , the defense force all started. We then kinda zoomed into an area which we all felt that had to be in , we put our rescues plane up and within 30 minutes they found them. They sent the coordinates into us and then Gary our recuse man of the hour headed out and grabbed them and towed them in. God is awesome 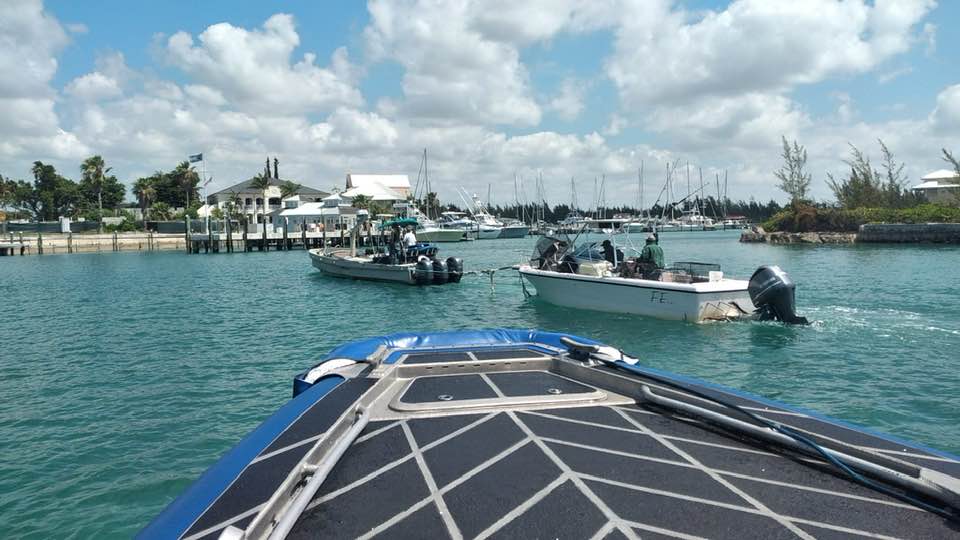 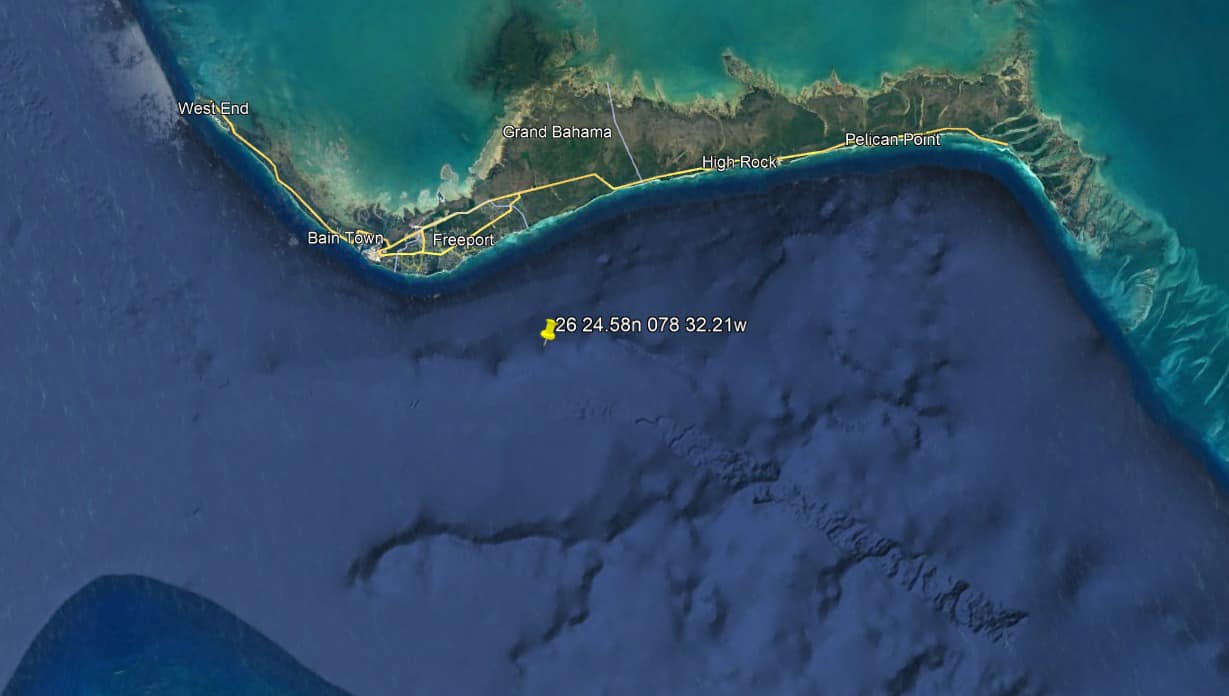 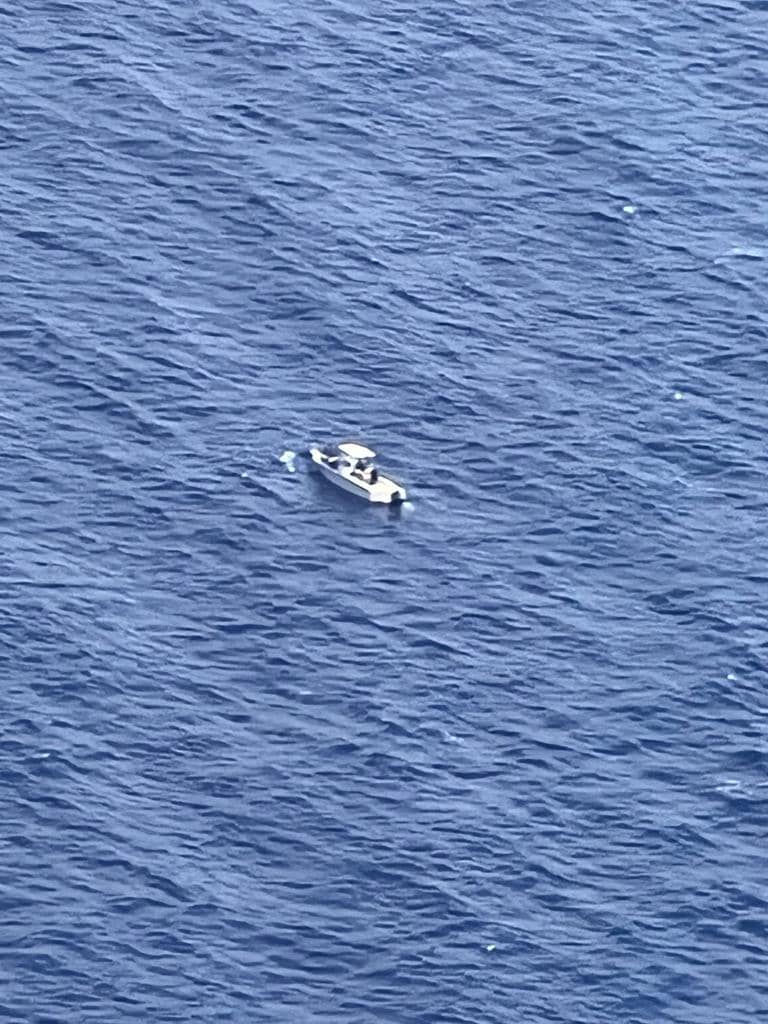 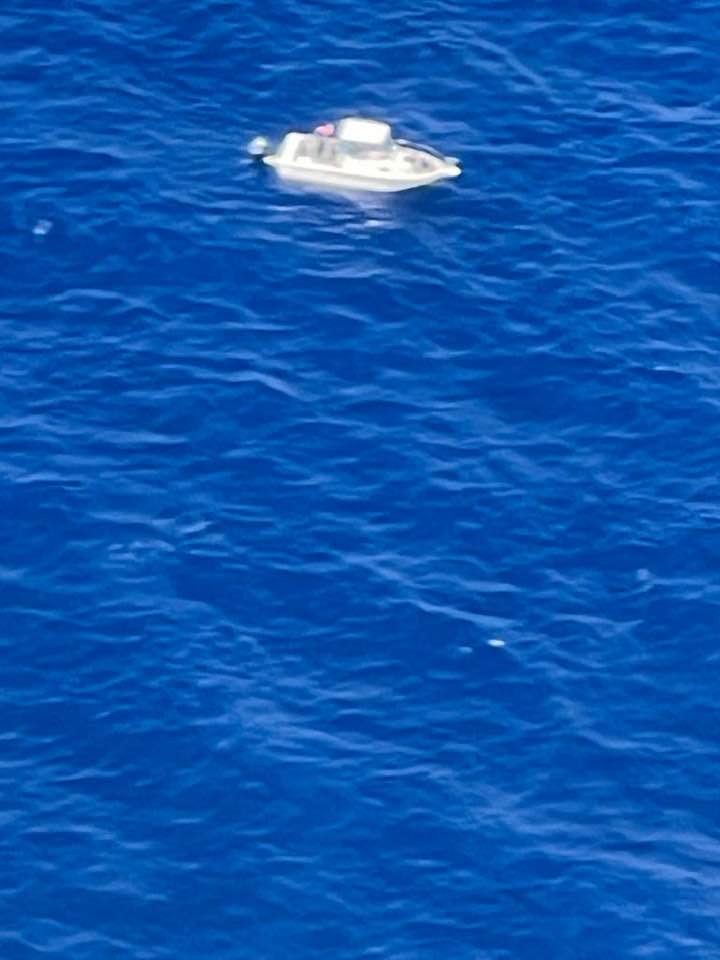 Two men are missing in their boat since Sunday, March 27th, 2022 at 7 AM, on a passage from Morgan’s Bluff, Andros, Bahamas to Freeport Grand Bahama. Their last coordinates were placed around the Berry Islands.They last made contact on Sunday at 11 AM.

Their boat is white with a hard top, approximately 21 feet and registered NPO1219.

Report any sightings to your nearest police authority. 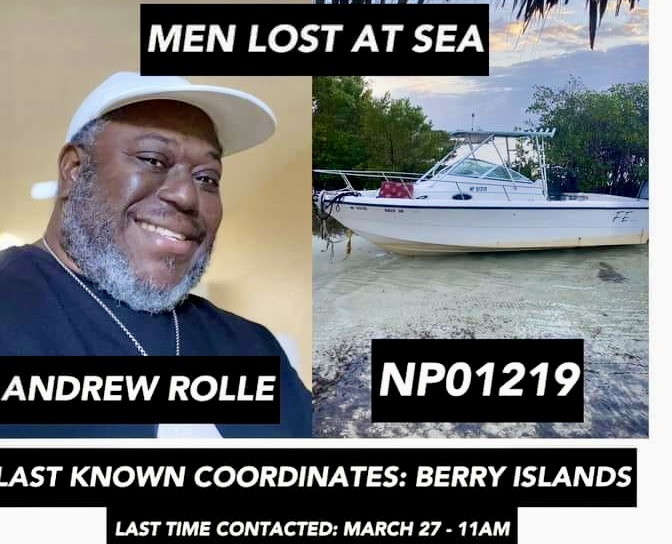