The ten survivors from the sinking of the F/V FALLING STAR were rescued on Thursday 15 July 2021 by a passing commercial ship, the MTM AMSTREDAM enroute from Jamaica to Guatemala.

The men survived 10 days at sea in a skiff from the F/V FALLING STAR.  Tragically, the Captain passed away a day before they were found by the ship and had to be buried at sea.

The men were taken from the MTM AMSTERDAM and given medical attention while being taken to a hospital in Roatan. 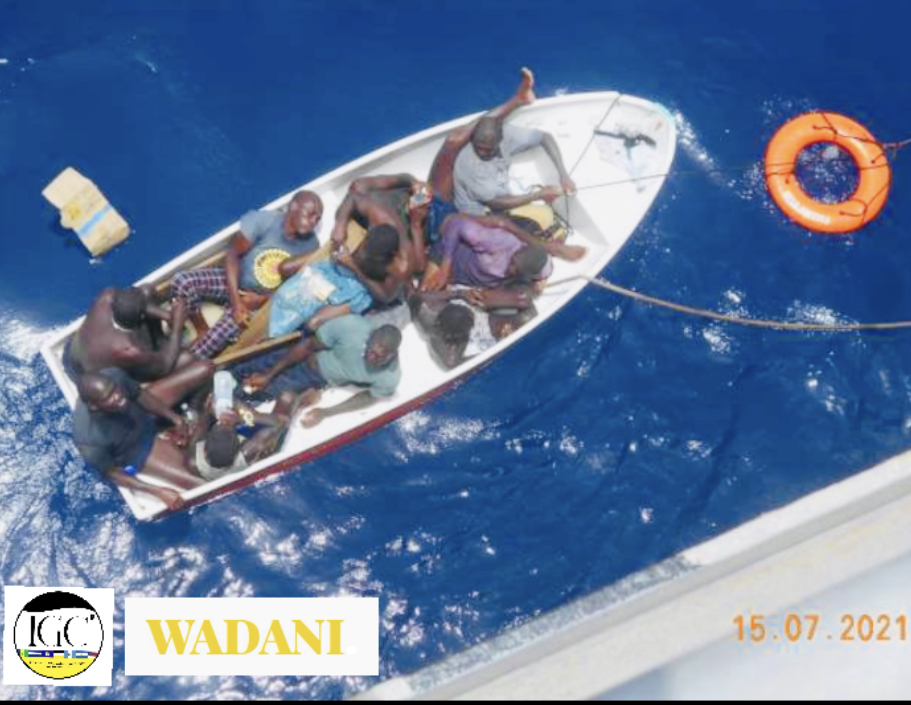 Possibly 10-15 of the crew have been found in an open life raft by a commercial ship. A boat from Roatan with a doctor and supplies is headed to intercept the commercial ship north of Roatan to assist the men. 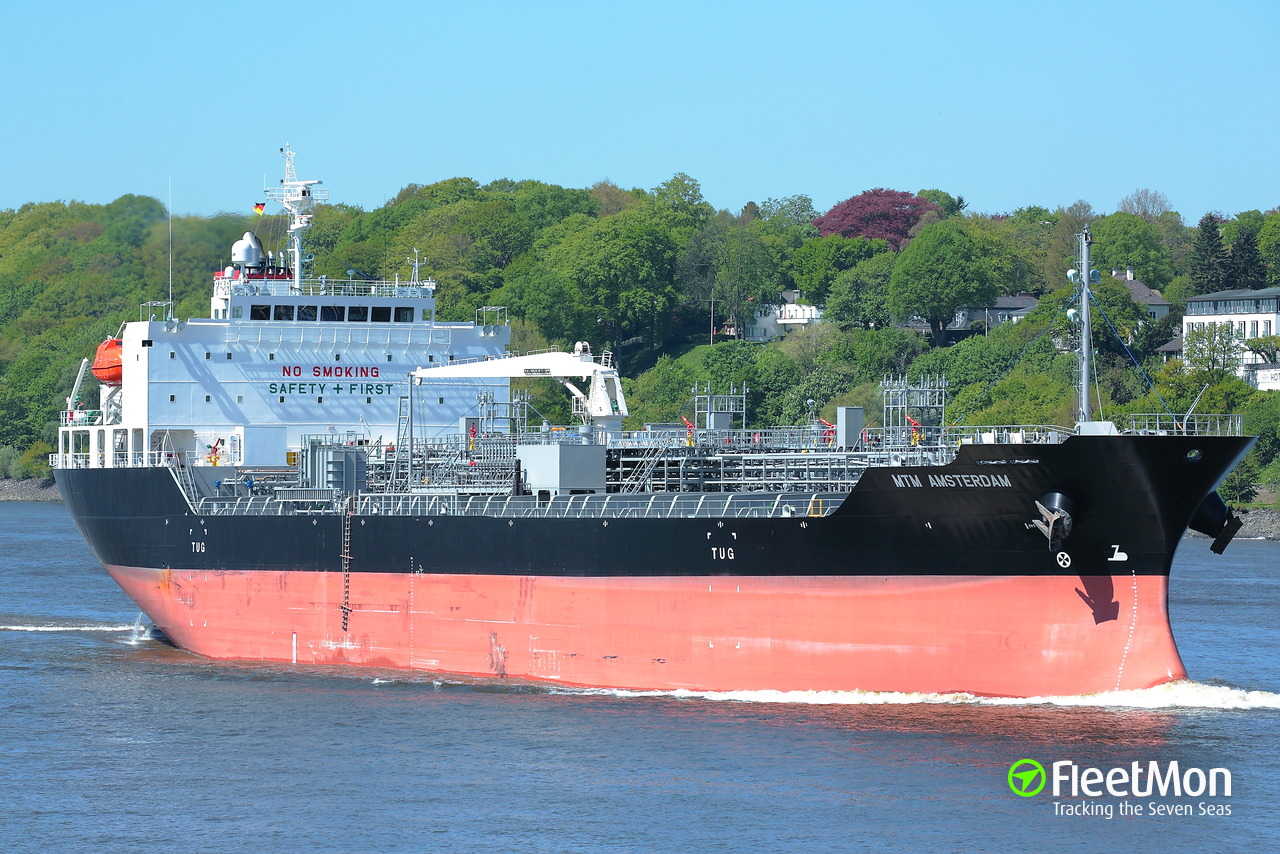 Observer Online understands that the crew members were found Thursday.

It is unclear how many of the 15 Honduran crew members who were onboard the vessel when it disappeared have been found.

The Jamaica Coast Guard collaborated with counterparts from the United States, Honduras, Nicaragua, Colombia, Cuba and the Cayman Islands in the search for the vessel

Honduran crew from missing Rainforest vessel could be floating around, says

HOPE remains that the 15 Honduran crew members from the missing Falling Star lobster fishing vessel could be on a 12-man raft and a 12-man skiff that were on the vessel when it disappeared in rough seas last Tuesday.

This was the optimistic view of Glenn Tuttle, co-manager of Boatwatch.org, an international network of resources to aid mariners that are missing or overdue, adding that they could be “floating around anywhere”.

“I can’t speculate [what has happened to them]. We like to believe there is always hope. They did have a life raft on-board that would hold about 12 people, and they did have a skiff that could hold about 12 people. It is quite possible they are in that skiff and that life raft is floating around out there somewhere. There is some hope,” Tuttle told the Jamaica Observer yesterday.

“Everybody should be looking out for the life raft and skiff. The family of the missing people are trying to locate a company in Jamaica that can actually fly out there with a plane that can go out miles over the ocean and carry enough fuel to conduct a proper search,” he added.

Brian Jardim, Rainforest Seafoods principal, owners of the vessel, was also hopeful but concerned that there had been no news from the crew.

“An active search is still on and we’ll remain positive,” he told the Jamaica Observer, his face a mask of concern. “We have six of our own vessels involved in the search.”

Rainforest issued a statement late Saturday urging willing and able vessels to join the search party and for volunteers to contact their Kingston head offices.

The Jamaica Coast Guard, with help from counterparts from the United States, Honduras, Nicaragua, Colombia, Cuba, and the Cayman Islands continue to search for the vessel.

Collaborated searches have so far produced no major sighting of the Falling Star.

“They are out there searching and we are talking to them on the radio every day and every night, and that’s all we know. So far the only things that have been found were debris fields,” Tuttle said.

“They have found pieces of the sunken boat, like the life rig, that said the Fallen Star, and other parts of the boat that were parts of lobster traps and some rope,” Tuttle told the Observer.

Tuttle and his wife Eddie both run the international boat watch network, Boatwatch.org, which was founded in 2001 for the sharing of information regarding overdue and missing vessels throughout the world.

The duo are retired agents of the US Federal Bureau of Investigations with a combined 49 years of service.

He is also an active member of the US Coast Guard Auxiliary, a licensed telecommunications operator, as well as a member of the SHAred RESources (SHARES) High Frequency (HF) Radio Program, administered by the Department of Homeland Security, which transmits critical messages to coordinate emergency operations if traditional means of communication via landlines and cellphones are damaged or destroyed.

The families of the 15 Missing Men have requested that all mariners and international agencies keep a sharp lookout and search for the men, the F/V Falling Star, a life raft and skiff or any debris from this 90 foot vessel.

Keep a sharp lookout in this area and assist if possible. Contact the Jamaican Coast Guard or USCG RCC Miami with any sightings of the life raft, skiff or debris.

Other Fishing Vessels are searching the area and their tracks are detailed below. 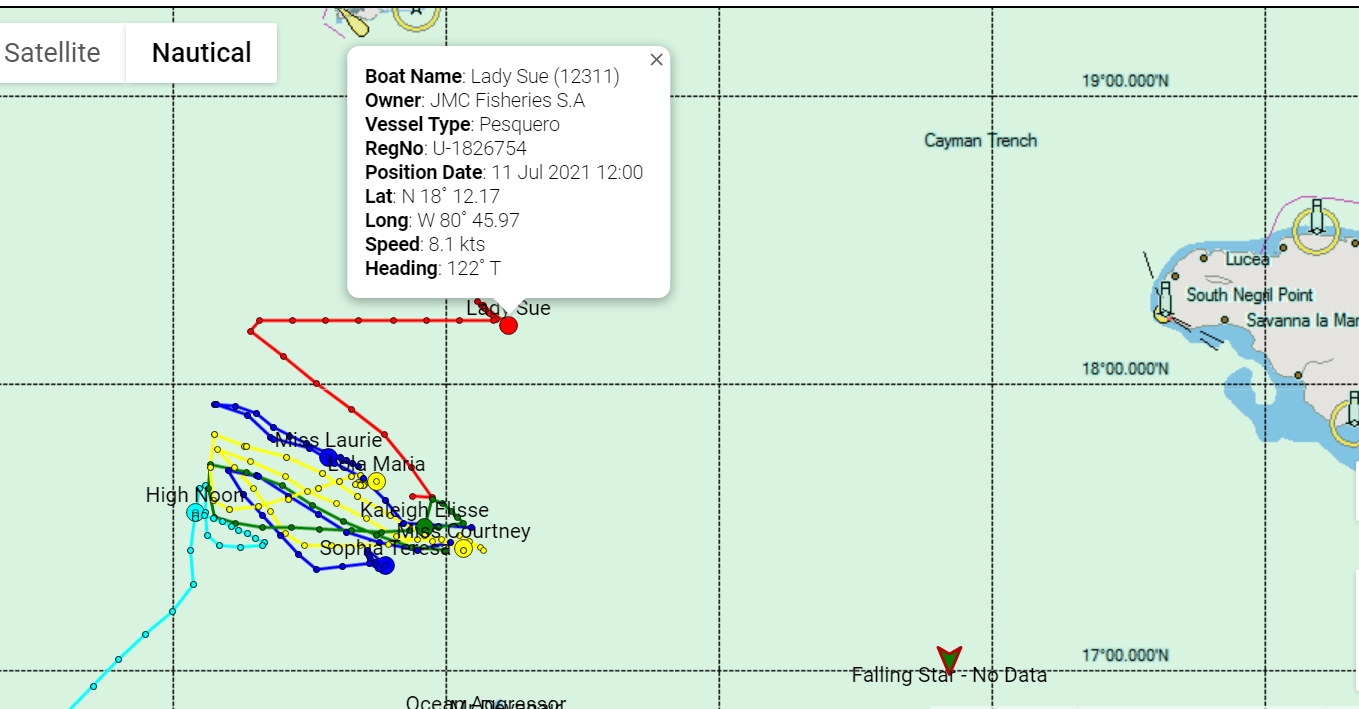 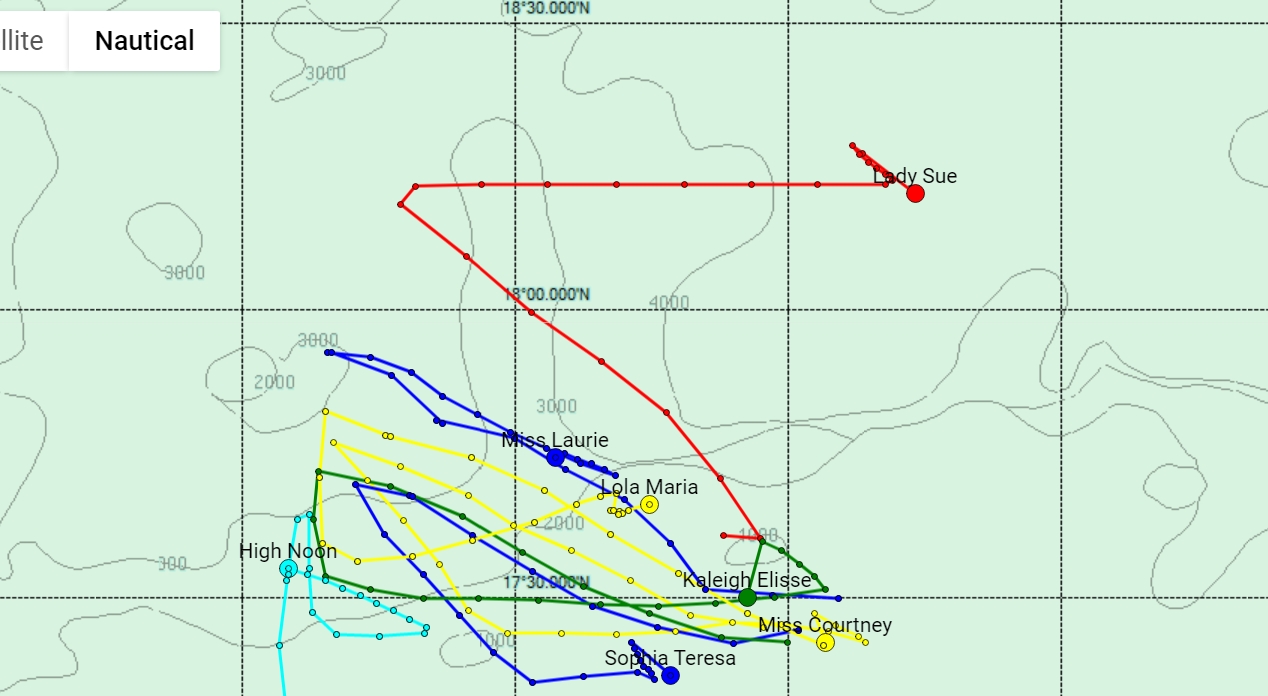 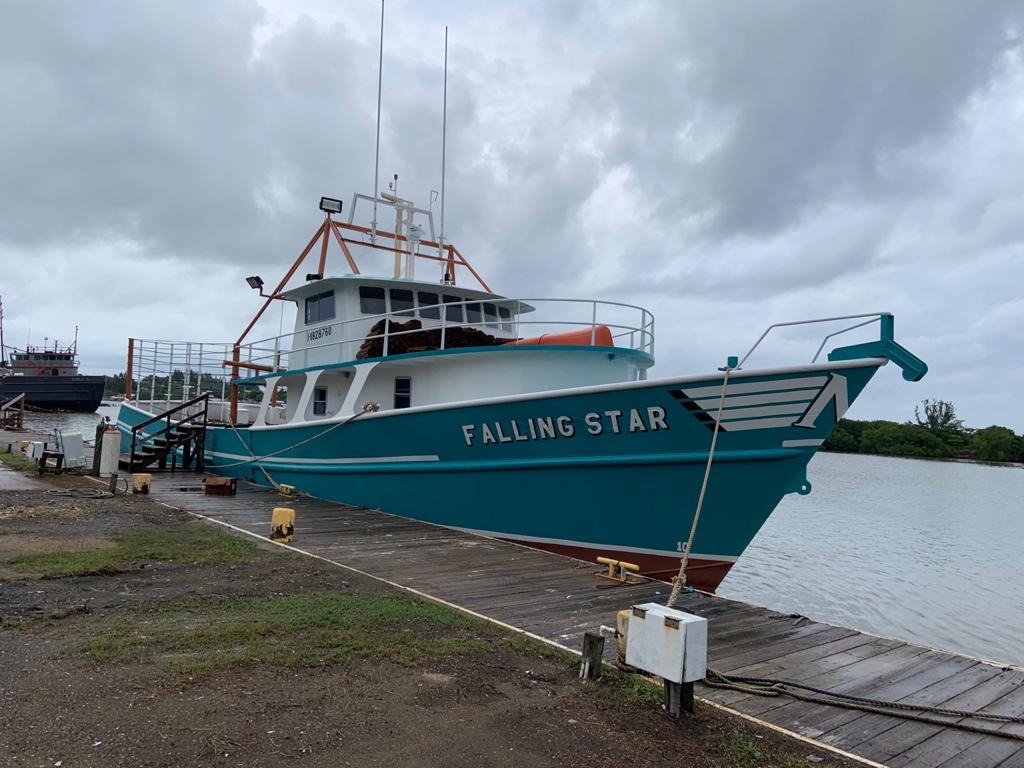 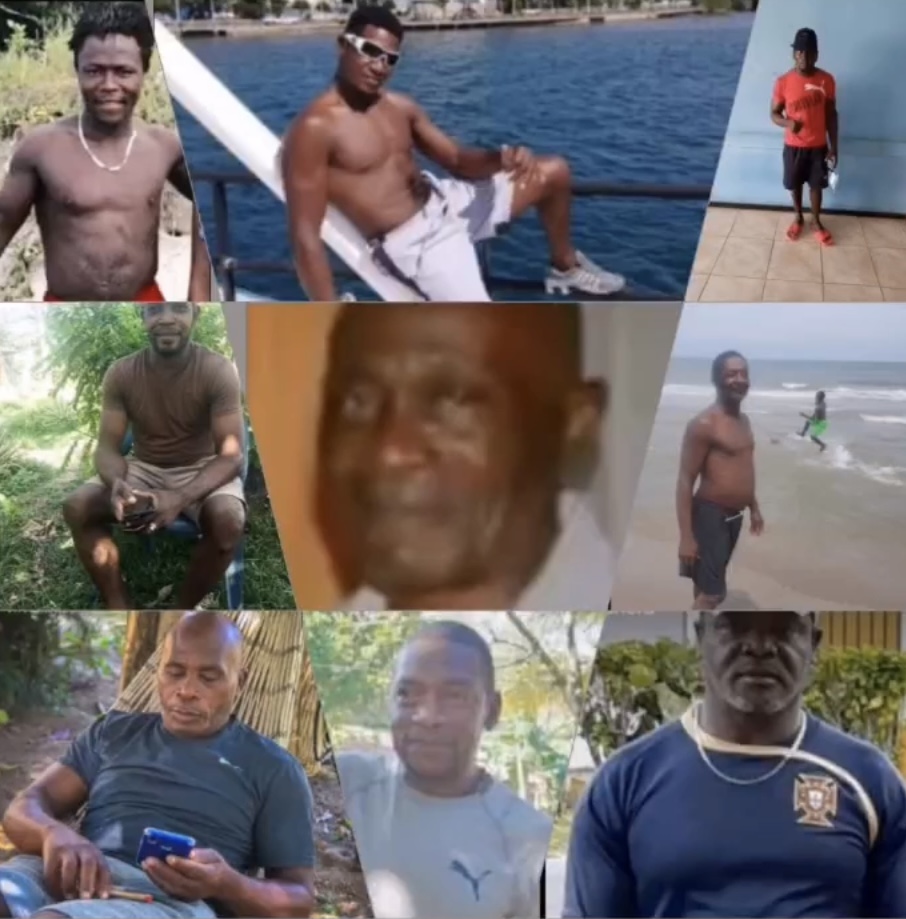 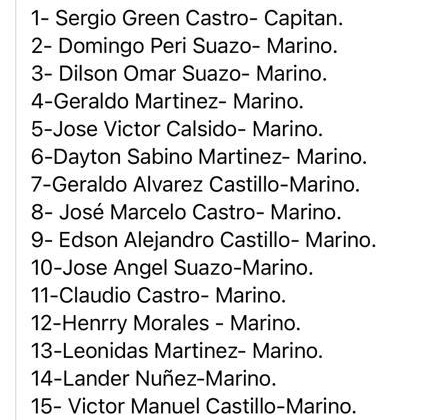