On December 7, 2022, USCG Cutter Doyle assisted SV Watoosh with diesel fuel and is escorting the SV to Salinas, Puerto Rico.

SV Watoosh with Lonnie and Rita aboard was on passage from Curacao to Puerto Rico. They left Curacao on December 1, 2022. They are OK at this time. USCG appreciates the response and assistance from the cruising community.

The cruising community appreciates USCG San Juan and Cutter Doyle for all their assistance with cruising boats in the Caribbean. Bravo Zulu and thank you for your service. 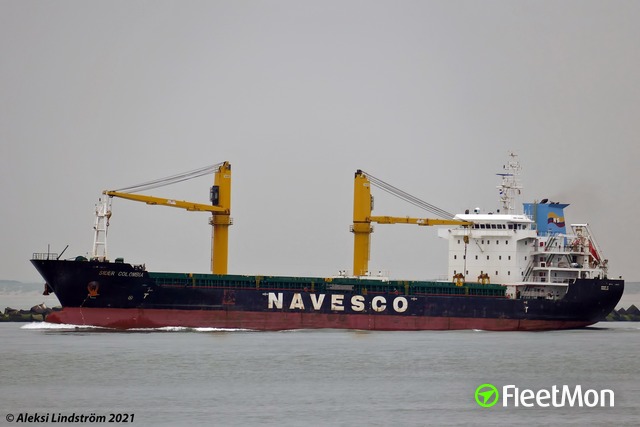 Watoosh finally made Puerto Rico last night. Much like the Minnow of Gilligan’s Island fame, it was a journey without end or so it seemed. We left last Thursday for around 380 NM passage from Curacao to Puerto Rico. A trip we made last year. After sailing 672 NM while battling 10 to 12-foot waves with occasional much higher waves, we found ourselves out of fuel, with a seasick Captain who couldn’t eat or drink for 5.5 days straight, and a first mate with a wrenched back due to two falls in the rough conditions.

A darn Northerly wind set up a force field not allowing us to get within 150 miles of PR. We sailed an entire day close-hauled tacking multiple times to make a single mile towards PR. On one leg we are on our way to Haiti and the next to Martinique.

Watoosh’s crew of exhausted beaten and battered sailors reached out to a passing freighter for help. The ‘Sider Columbia’ stopped and tried desperately to pass us some fuel but the rough sea conditions prevented a safe transfer. At our request, they called the Coast Guard and babysat us for 8 hours before the Coast Guard arrived.

The Coast Guard ‘Cutter Joseph Doyle’ arrived on the scene the next morning and made three trips over to supply us with diesel fuel; all told, this came to 92 gallons. They did a comprehensive safety inspection and our only fault was our rear running light wasn’t lighting up; considering the huge seas, this wasn’t too bad given it worked before we left.

Now full of fuel, I tried to bleed the air out of lines that would allow the engine to restart. No luck, the engine wouldn’t start. Captain Chuck sent over two of his engineers to help get us going. They changed both our fuel filter and water separator filter and still no joy on the motor. A tow was arranged and after our tether line was attached (no small feat given the sea conditions) we were off to Puerto Rico, a distance of 150 NM at 6 knots per hour.

With just 5 miles to go, the Cutter handed us over to the local Coast Guard Auxillary and Captain Jerry Ramos. A new tether was attached and Captain Jerry got us safely into the dock at the Ramos Family Compound.

We left at 8:30 Thursday morning and arrived at 5:45 PM Wednesday night, approximately 177 hours. We made the same trip last year in 54.5 hours.

Our new friends on the Joseph Doyle invited us to family and friends day Saturday. We have arranged travel to the harbor in San Juan and are looking forward to a ride on the cutter.

At no time did we feel life threatened but frankly, we just wore out. A storm stalled in the Atlantic which caused an unexpected wind shift from a favorably Eastern direction to a straight North direction, our direction of travel. All year the wind has been out of the East, which would have made an easy ride except for the waves. The winds were manageable but the waves coming into the Caribbean Basin right now are causing warnings from most of the islands. Our weather window before we left turned out to be much different than the forecast.

Today my friend Jason came over and methodically taught me how to bleed all the lines and once we got the air out of the fuel system, the engine fired right up.

We hardly ate anything on the trip and are dehydrated. We passed through multiple squalls so being wet from waves and rain was pretty much a given.

All the help and coordination by the Coast Guard and the Ramos family can’t be put into words how grateful we are for all that was done on our behalf. We are also grateful to all our friends who were following our progress or lack thereof with growing concern. We are now safely at the dock but still bruised and battered.

I also want to thank Watoosh’s Captain Rita who hung in there remaining positive and confident things would work out while being seasick, tired, and wet for an entire week. I married a special girl, there is no doubt about that.