FAJARDO, Puerto Rico — The Coast Guard ended the search for two overdue boaters Monday following their rescue from Culebrita Island, Puerto Rico.
Samuel Osorio, 28, and another man in his 30’s, were reported by the wife of Osorio to be safe after they were rescued by their friends and safely returned to the nearby municipality of Culebra Island Monday morning. The men were reported overdue by Osorio’s wife Sunday night. Following their rescue, they informed their 17-foot MAKO boat had become disabled and a wave capsized the vessel just off the small and uninhabited island of Culebrita.

“This case highlights the importance of having proper VHF radio communications to communicate a maritime distress on Channel 16,” said Jaime Balzac, Sector San Juan command duty officer for the case. “Coast Guard Watchstanders monitor Channel 16 24/7 for any maritime distress, if a call for help comes in we will be able to hear you and respond quickly, which saves a lot of valuable time that could very well mean the difference between life and death.” 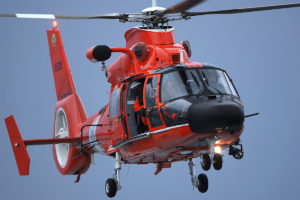 Anyone with information that can assist in the search is asked to contact the Coast Guard Sector San Juan Command Center watchstanders at (787) 289-2041.