Here is the final excellent report about Joe on Dellamyra, posted by the Ocean Cruising Club (OCC) and Daria Blackwell: “An estimated 500 vessels crossed the Atlantic W-E this year, returning home or to safe waters in response to the Covid-19 pandemic. The last known to depart the Caribbean has dropped anchor in Horta.

As the Atlantic Crossing 2020 season comes to a close, our small group assisting members and non-members who were facing extraordinary decisions driven by pandemic rationales finally has a chance to relax. Our last support effort for s/v Dellamyra ended Saturday, 15 August, when Joseph Shepherd safely dropped anchor in Horta. Joe left St. Maarten on 22 June aboard his 12m British-flagged yacht, returning to the UK single-handed.

Just as we were preparing to close up activity on our Facebook OCC Atlantic Crossing page, we received a message from Glenn Tuttle of Boatwatch about a vessel in distress mid-Atlantic. The vessel was not registered with our group and, as most of the fleet had already completed their journey, there were no vessels in the vicinity to render assistance. We contacted CA, TransOcean, and the Swedish Cruising Club to no avail. The only boat out there was a member on a trawler way ahead of the vessel in difficulty and without sufficient fuel to turn around and still reach the Azores.

Meanwhile, we all desperately tried to find anyone who knew the sailor in question. The coast guard alerted Glenn Tuttle to the situation but could not reveal his contact information. We put out word on major Facebook sailing pages and, as luck would have it, several people knew Joe but not his contact details.

Then, Lindsay Trotter, owner of Ship to Shore mail forwarding, contacted OCC Secretary Rachelle Turk thinking there could be OCC members out there who could assist. Lindsay had advertised with OCC in the past and the boat owner in question was a client and a former member of the OCC. She was the SPOT contact we were so diligently trying to locate.

Lindsay had spent the last 24 hours as go-between for the USCG Boston and Joseph Shepherd, a man in his 80s who had a torn headsail and jammed halyard as well as trouble with his engine. He was running low on food and fuel, with too much wind in the vicinity. Under main alone, steering was problematic, so Joe was unable to make any progress toward Horta, his interim destination. The Coast Guard diverted a container ship which delivered fuel and food but could not assist with the problems aboard his yacht. After a freighter also checked on him and delivered more supplies, the USCG stood down.

Soon after the deliveries, Dellamyra’s engine quit altogether. He could not diagnose or fix the problem. At this point, the OCC took the lead on maintaining contact with Joe, whose only means of communicating long distance was via his SPOT device, which allows only 140 characters per message including email address. So began another prolonged long-distance relationship. Alex Blackwell took the lead, making contact with Joe and helping him find wind so he could sail. Alex also suggested that Joe use his spinnaker halyard and a spare jib, raised loose alongside the torn jib and secured to the base of the furler.

Unfortunately, in this strange weather year, the winds became light and variable, currents foul, and conditions frustrating overall. The Azores High had settled in right on top of Dellamyra. Still more than a week out from Horta under the forecast conditions, Joe sent a message that he was running low on food, with only about two days of provisions remaining. Alex alerted the Portuguese coast guard, who sent the Naval vessel NRP Sines under the command of Lieutenant Ester Pereira Lopes.

Upon arrival of the Navy ship on the morning of August 13, a technical team was sent aboard the sailboat to provide food and repair the malfunction in propulsion.

Engine fixed and food available, Joe was able to continue on to Horta under a combination of sail and power. Duncan Sweet of Midatlantic Yacht Services took over communications and coordination of assistance on Joe’s arrival.

The OCC extends sincere thanks to Marinha Portuguesa and MRCC DELGADA for your effective assistance to a mariner in need. Special thanks to the crew of NRP Sines and commander Lieutenant Ester Pereira Lopes for your selfless efforts to fix a sailor’s engine and deliver food so he could complete his transatlantic voyage safely.

Have a well-deserved rest, Joe. Your Coronavirus test is already scheduled for Monday and Peter Café Sport is awaiting your visit. We love it when a story ends well.”

Vessel will arrive in Horta soon. The captain’s SSB is not working now but his satellite tracker is functional.

S/V DELLA MYRA in position 39 23.14 N / 046 28.5W Destination: Azores, is experiencing engine problems and rigging problems.  Any vessel in the vicinity which may be able to assist is requested to contact Boatwatch.org through this radio net or phone 941-456-5070. The vessel has a malfunctioning fuel pump on this main engine, and cannot use his jib. Otherwise, he has sufficient water and food to last him until arriving in the Azores.

Boatwatch.org will contact SPOT to determine the time zone their data is given in.

The vessel has a malfunctioning fuel pump on this main engine, and cannot use his jib. Otherwise, he has sufficient water and food to last him until arriving in the Azores.

We are still carrying this as a NON-EMERGENCY LOOKOUT in case any other recreational vessel in his vicinity may be in a position to assist him with his rigging problem. Thank you,

USCG RCC Boston Boatwatch.org continue to ask other vessels in the vicinity of SV DELLA MYRA to rendezvous with him if possible to assist in retrieving his jib halyard. As of 9 AM this morning he was at position, north 39 deg  and 21 mins, west 49 deg and 51 mins. If anyone knows of a vessel in this area, please contact Glenn@Boatwatch.org to coordinate a rendezvous if needed.

USCG RCC BOSTON advised they were able to divert another commercial ship, the CNA CGM MEDEA to the SV DELLA MYRA in position 38 45.5 N / 051 04.6. The ship gave more food to Captain Joe which will allow him to continue to the Azores at a slow pace without his jib. The jib cannot be deployed until someone goes up the mast to retrieve the halyard. 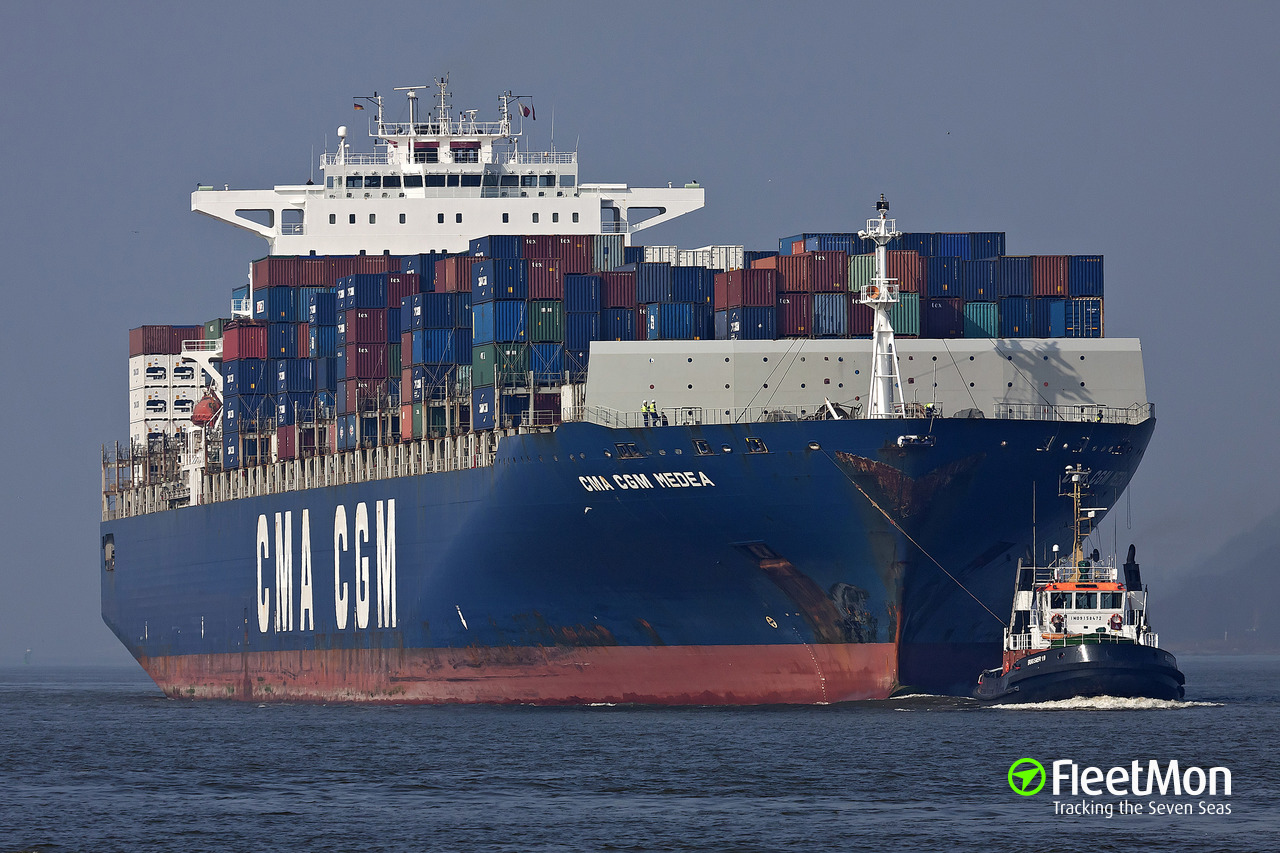 Capt Joe diagnosed his engine failure on a faulty fuel pump, and had nothing to do with the 90 gallons of diesel fuel given to him by the Tanker INCA. Capt Joe advised he will continue onto the Azores, and USCG RCC Boston has closed their case pending further developments.

They asked that Boatwatch.org continue to ask other vessels in the vicinity of S/V DELLAMYRA to rendezvous with him if possible to assist in retrieving his jib halyard.Anyone knowing of a vessel in the area of 38 N / 051 W is requested to contact Glenn@Boatwatch.org to coordinate a rendezvous.

USCG RCC Boston is attempting to assist the SV DELLA MYRA, a 39 foot sailing vessel who is experiencing serious sailing and other mechanical issues in position 38 15.87 N / 051 22.62 W. The USCG issued an AMVER ALERT to ships in the area and an oil tanker assisted with fuel but could not help with repairs to his rig or engine.  The vessel is singlehanded by elderly UK citizen JOSEPH SHEPHERD. VESSELS IN VICINITY REQUESTED TO KEEP A SHARP LOOKOUT, ASSIST IF POSSIBLE.

USCG RCC Boston did not have any additional information this morning. They do not know whether Captain Joe was able to get his Yanmar engine started, or if he is underway, course, speed, etc.

The only communications with Capt Joe is via his SPOT texting device, through a friend or relative in the UK. Boatwatch.org believes it would facilitate things if somehow a member of the OCC or other cruising organization in the UK could communicate with Capt Joe directly. Privacy laws prevent the USCG from identifying who the person is Capt Joe is in contact with in the UK.

If anyone has any thoughts how to improve communications with Joe, please contact Glenn@Boatwatch.org.

The oil tanker did make contact with SV Della myra and provided Captain Joseph Shepherd with 90 gallons of fuel. The tanker could not assist with repairs to his rig and Captain Shepherd can not get his engine started. Chris Parker, Marine Weather Center, has advised Captain Shepherd would have to get 100 north to find wind if he could sail to the Azores.  All vessels are requested to keep a sharp lookout, assist if possible and advise Glenn@Boatwatch.org and RCC Boston.

Further contact with RCC Boston has indicated that Capt Joseph Shepherd, has himself in a bit of a jam. He somehow lost his jib halyard, or it is tangled at the top of the mast and he is not able to use his jib to sail. He does not have enough fuel on board to motor to the Azores. The USCG has diverted an oil tanker to his location which will probably be able to give him some fuel. But we don’t know if the crew from the tanker is going to be able to go up his mast for him to retrieve the halyard.

Is there anyone out there who has knowledge of another vessel which may be near his position in the next several days? Capt Joe has a SPOT GPS Tracker capable of receiving and sending text messages, so we could coordinate a rendezvous to get him assistance. Please send any positive information to Glenn@Boatwatch.org. Thanks

USCG RCC Boston is attempting to assist the SV DELLA MYRA, a 39 foot Moody sailing vessel who is experiencing serious sailing and other issues in position 38 15.87 N / 051 22.62 W. The USCG issued an AMVER ALERT to ships in the area, and aa ship named INCA is enroute to assist. The vessel is singlehanded by elderly UK citizen JOSEPH SHEPHERD.

If anyone knows this sailor, please contact Glenn@Boatwatch.org and we will help provide information to the USCG which may assist in his rescue.