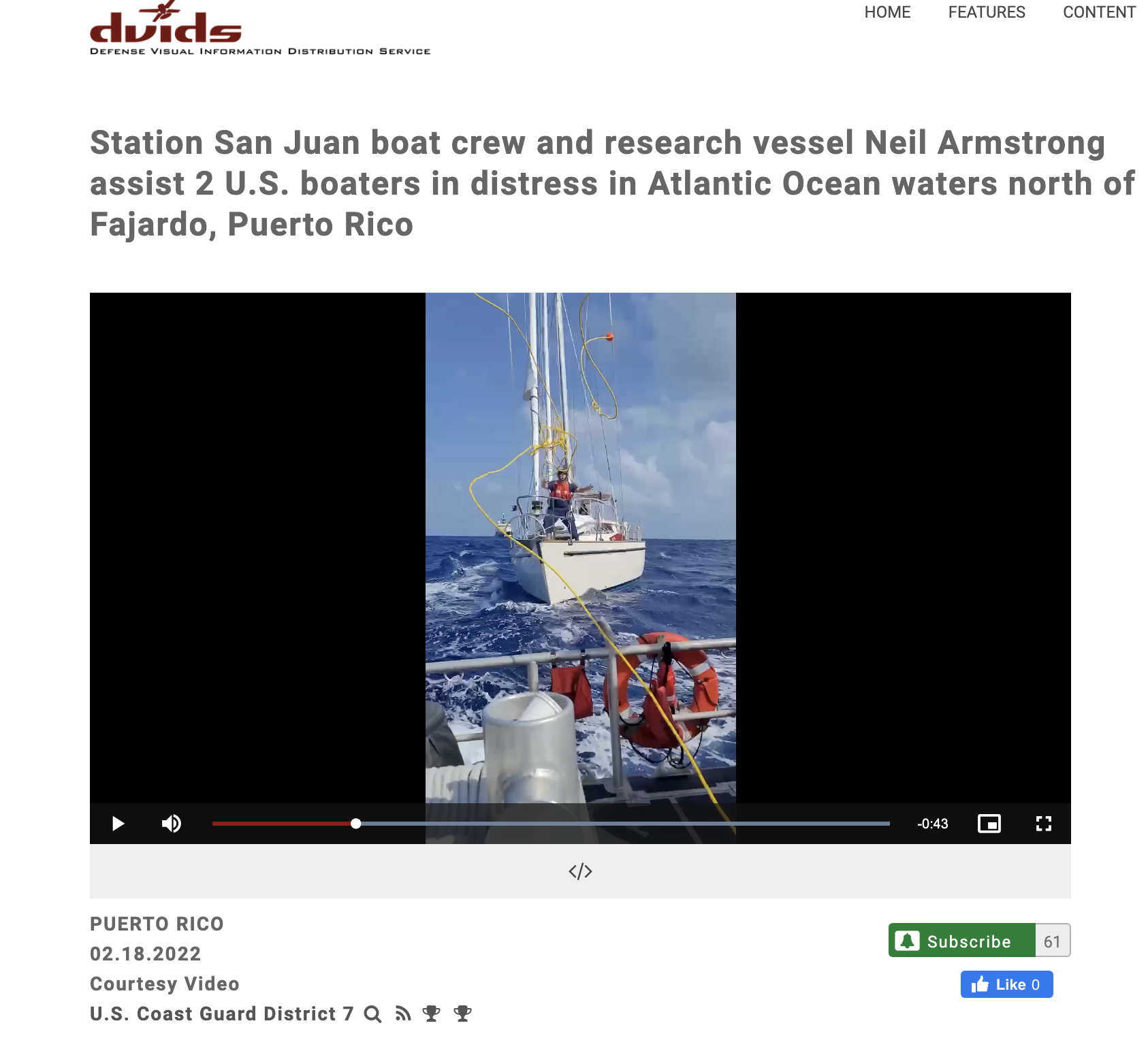 Watch the Video of the Rescue

Assisted were a man, 63, and a woman, 57, U.S. citizens, after the man, who was the master of the 48-foot Stonewall, Texas registered sailing vessel, suffered a laceration in his arm while trying to repair the Windward’s disabled engines.

Watchstanders directed the launch of a Station San Juan 45-foot Response Boat Medium to the Windward’s reported position.  They also transmitted an Urgent Marine Information Broadcast to advise marine traffic in the area to be on the lookout.

The research vessel Neil Armstrong responded to the the callout, arrived on scene and dispatched a medical team along with an engineer aboard the sailing vessel Windward.  The medical team was able to stabilize the man’s injured arm, while the Coast Guard boat crew arrived on scene.

“Overall, the crew did an amazing job assessing the situation,” said Petty Officer 2nd Class Kenneth Coates, Boat Station San Juan coxswain for the case. “All we had to do was bring the people we were helping to safety, luckily they had everything they needed.  They had and unfortunate situation, and we’re glad we were able to help them out.” 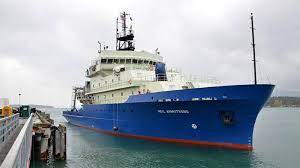 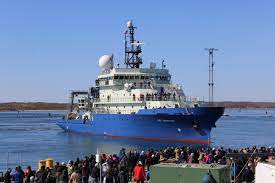 RV Neil Armstrong (AGOR-27) is the designation for a new oceanographic research ship, first of the Neil Armstrong-class research vessels, to be owned by the United States Navy and operated by Woods Hole Oceanographic Institution. Wikipedia 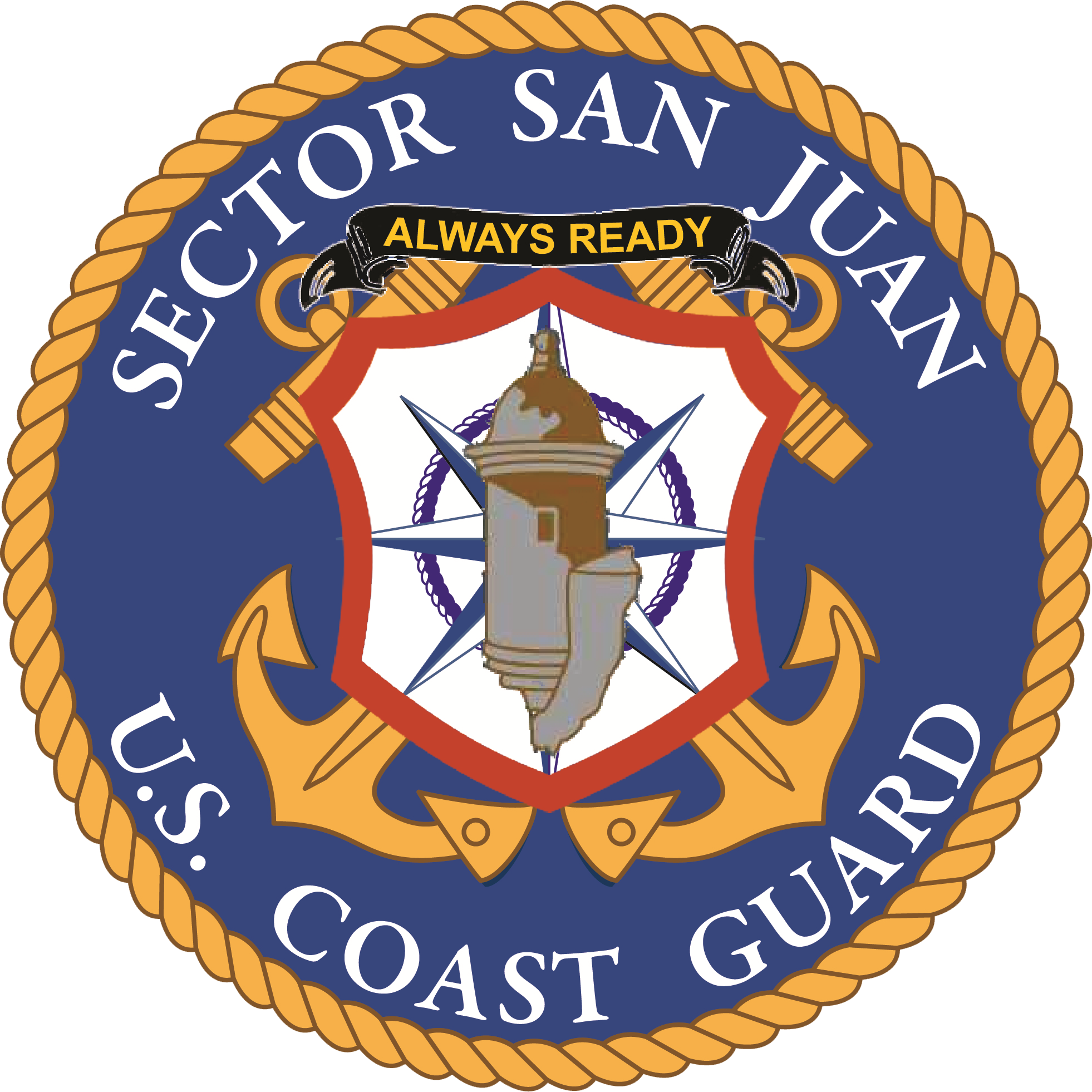