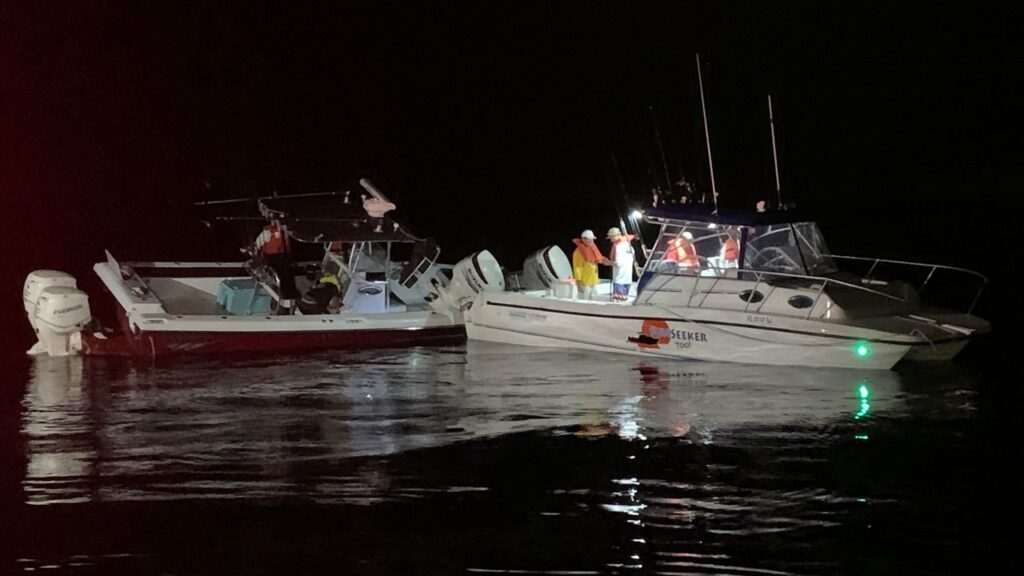 A Coast Guard Station Fort Pierce 45-foot Response Boat—Medium boat crew embarked the seven individuals and safely transported them to Station Fort Pierce with no medical concerns.
Coast Guard Sector Miami watchstanders received a report of a vessel collision at approximately 7:30 p.m., from a good Samaritan stating both vessels were taking on water near Fort Pierce.
Commercial salvage crews separated the 29-foot vessel off the stern of the 30-foot vessel, secured the flooding and safely towed both vessels to Taylor Creek.
“The seven people aboard both vessels wore their life jackets, which could have saved their lives if they fell in the water during the collision,” said Petty Officer 2nd Class Chase Percival, officer of the day, Station Fort Pierce.

“Not only should people wear life jackets, it is also important for mariners to use their navigation lights at night, check the weather before going out, have a marine radio and an Emergency Position Indicating Radio Beacon available in case of an emergency.”

The incident is under investigation by Florida Fish and Wildlife Conservation Commission.