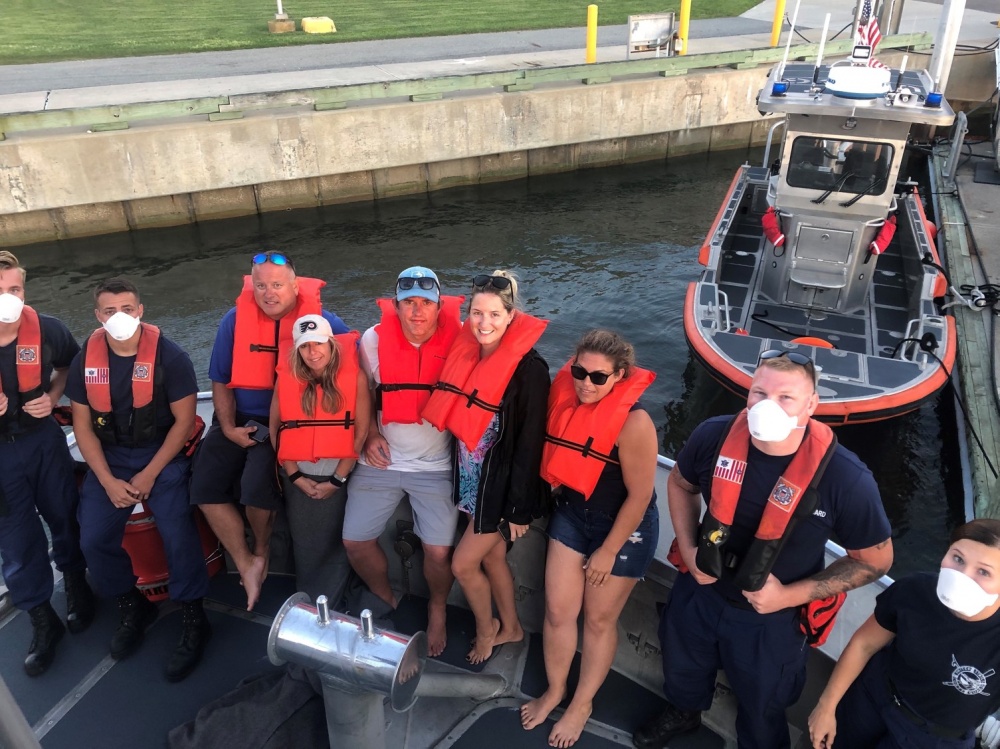 Watchstanders at the Coast Guard Maryland-National Capital Region command center received notification via VHF Ch. 16 from the owner of the 54-foot cruiser yacht, No Filter, that a fire had broken out on board and all six mariners were abandoning ship.

Several boaters in the area also contacted the command center to notify them that the boat had become engulfed in flames.

Crewmembers from the fishing vessel Smugglers Point arrived on scene first after overhearing the UMIB and safely recovered all six individuals.

Station Ocean City crew members arrived on scene shortly after, safely transferred five individuals aboard and transported them back to the station.

The owner of No Filter stayed behind to await Tow Boat U.S. crews and prepare to conduct salvage operations.

All six boaters were wearing their lifejackets.

No injuries were reported.