Watchstanders at Coast Guard Sector Columbia River received a distress call at approximately 7:30 a.m. The vessel Terry F reported a loss of power and was taking on water four miles offshore.
An MH-60 Jayhawk helicopter crew from Sector Columbia River diverted from routine operations, and a Coast Guard Station Grays Harbor 47-foot Motor Lifeboat crew diverted from a separate vessel escort to respond.
The three crew members were reportedly donning cold water immersion survival suits when communication with the Coast Guard was lost.
At 7:40 a.m., the MH-60 Jayhawk aircrew arrived on scene and passed a radio to the vessel crew to re-establish communication.

The vessel was observed to be drifting toward hazardous breaking surf near shore, and the vessel crew was instructed to enter the water, one-at-a-time, to be recovered by the rescue swimmer.

At approximately 9:15 a.m., all three persons were reported to be successfully recovered and aboard the helicopter en route to Westport Airport. They arrived at 9:30 a.m. in stable condition and declined medical assistance. 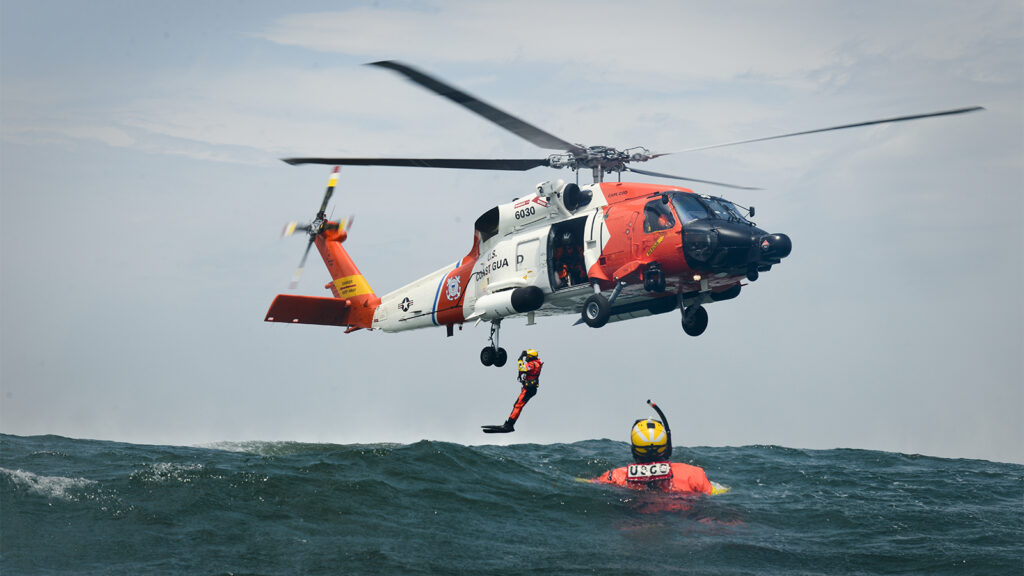 “The crew’s fast action to notify our watchstanders and put on those survival suits saved their lives,” said Lt. Cdm. Jason Joll, pilot and flight commander. “They had those suits on and were ready to go when we arrived on scene.”

The Terry F subsequently capsized and broke apart in the surf, and the vessel’s emergency position indicating radio beacon was recovered by U.S. Coast Guard Auxiliarists in the vicinity of Willapa Bay inlet.
-USCG-