At approximately 1:00 a.m. Monday, District 17 Command Center watchstanders received a call requesting a medevac of an injured 31-year-old fisherman aboard the 196-foot fishing vessel Baranof. The command center personnel conferred with a duty flight surgeon and launched four total Kodiak-based aircrews to respond. An MH-60 Jayhawk crew arrived on scene and successfully hoisted the man at approximately 5:47 p.m. Then they transported him to awaiting commercial services on St. Paul Island.

After providing communications platforms for both MH-60 Jayhawk aircrews, both C-130J aircraft returned to Air Station Kodiak while both Jayhawk crews remained overnight in Cold Bay, Alaska. “The C-130’s ability to refuel other aircraft is very unique,” said Lt. Matthew Chase, a pilot on the case. “Our highly trained crews maximize the capability of the aircraft by staying proficient in unique evolutions like this one. This allows us to expand our capabilities in the area of responsibility and provide wide-reaching support throughout Alaska.”

Collectively, crews flew for over 30 hours, covered approximately 1,900 miles and conducted three wing-to-wing refuels on the ground to successfully transport the injured man to further care.

“A long-range case like this requires an all-hands effort,” said Lt. Steve Podmore, an Air Station Kodiak helicopter pilot on the case. “Careful consideration and detailed planning goes into determining how the aircraft will get there, where they will get fuel and the time it will take to complete the medevac. In this case, the success of the aircrew that completed the hoist was made possible by the multiple aircrews that ferried aircraft, provided coverage, coordinated refueling efforts and ramp space and maintained communications between crews flying on the case and Air Station Kodiak personnel.”Weather on scene was 5-mph winds, 8-foot seas and roughly 10 miles visibility. 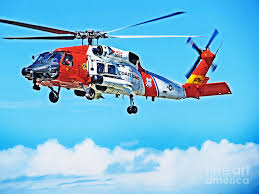