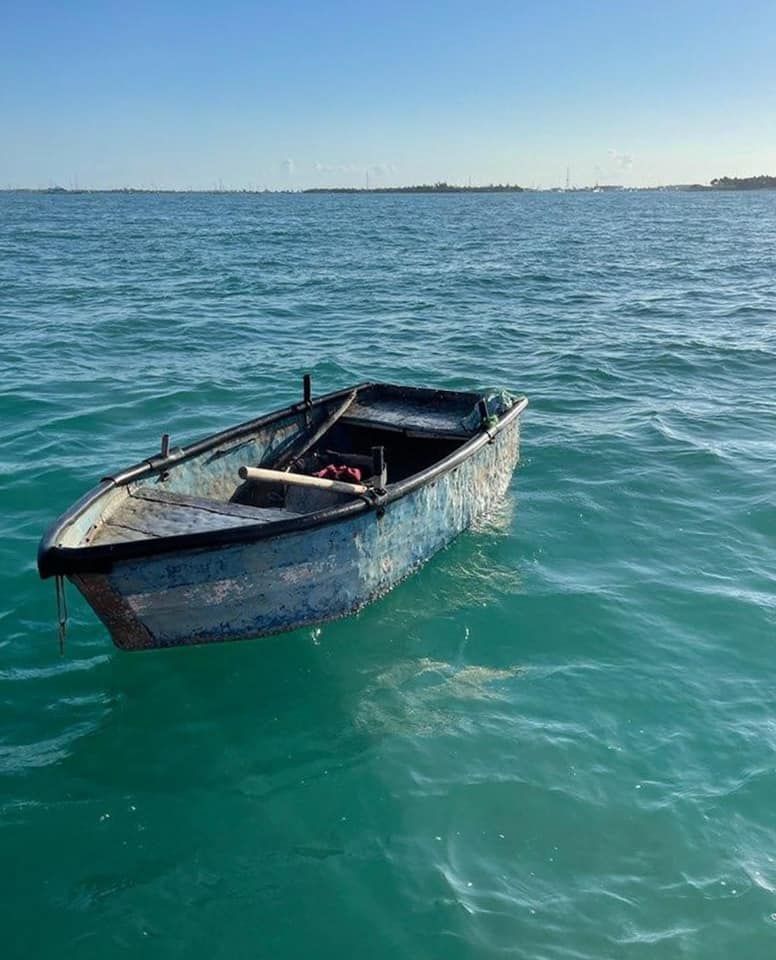 A good Samaritan reported to Coast Guard Sector Key West watchstanders that two men were waving their arms in a 4-foot vessel without a motor, Saturday, at approximately 8 a.m. off Key West.
A Station Key West rescue crew arrived on scene and brought the two men aboard. It was reported the men left Havana, Cuba, five days prior and were in good health.

“We discourage anyone from taking to the sea in these ill-equipped and unseaworthy vessels,” said Lt. Cmdr. Mario Gil, Coast Guard liaison officer, U.S. Embassy Havana.”These trips are dangerous and people aboard these vessels are putting their lives at risk. Our goals are safety of life at sea and to support national policy of orderly, safe and legal migration.”

This fiscal year, more than 90 Cuban migrants have been interdicted trying to illegally cross into the U.S. through the Florida straits.