Only two were wearing life jackets when the U.S. Coast Guard arrived 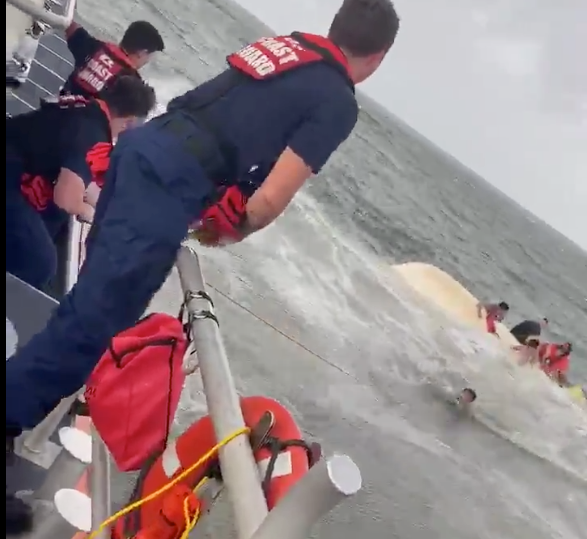 Seven people clinging to the side of a capsized boat in Tampa Bay were rescued by the U.S. Coast Guard on Sunday afternoon.

The boat capsized near Port Manatee at about 5:30 p.m., said Coast Guard spokesman Erik Villa. It’s not clear what happened, but only two of the people were wearing life jackets. They all held onto the side of their boat until a crew from the Coast Guard’s St. Petersburg station arrived in a 45-foot vessel, Villa said.

A member of the crew can be heard yelling, “Don’t let go of that bag!” while guiding one of the people into the boat in a video of the rescue posted by the U.S. Coast Guard.

“It was really important we assisted and we got there in time,” Villa said. The water was choppy and it was lightly raining, but all seven people were rescued and taken to Port Manatee.

There were no major injuries, Villa said, but one of the survivors was a pregnant woman. She was taken to Manatee Medical Hospital to be evaluated.