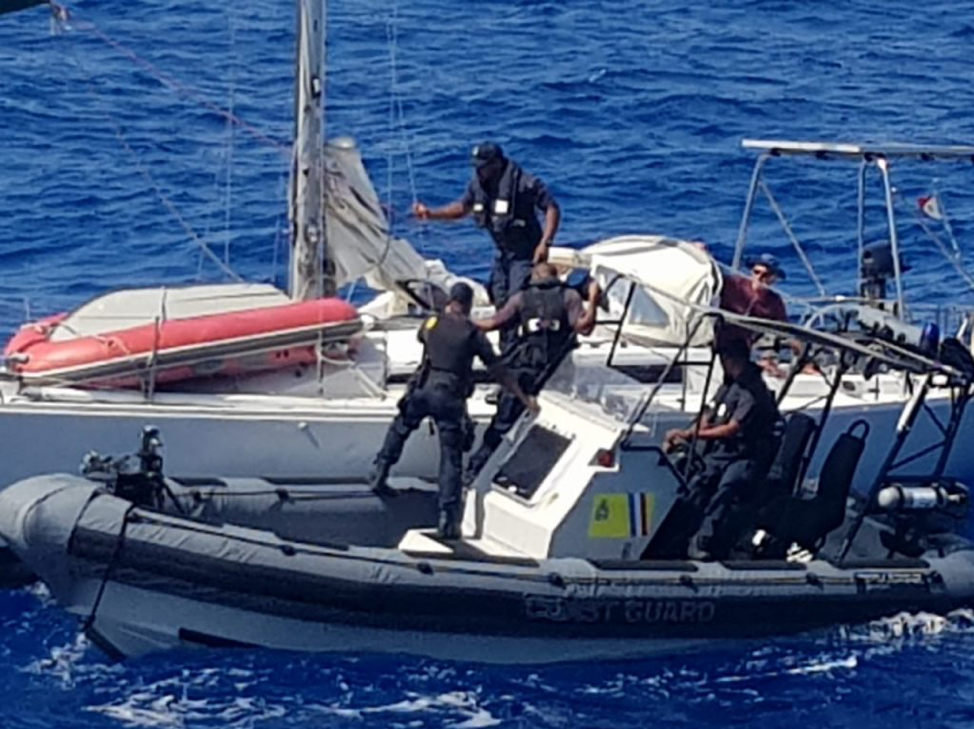 The Coastguard seen boarding the yacht which had been adrift for about 4 days, close to Saba. Photo: Coast Guard.

The Bottom, Saba- Last Thursday the Rescue and Coordination Center of the Coast Guard received a notification from the St. Kitts authorities that a sailboat had drifted near Saba.

The sailboat named Caribella was 32 miles south of the Saba Bank with a person on board. The captain had been drifting with his boat at sea for four days because his vessel ran out of gas.

The Coast Guard cutter Poema from St. Maarten sailed to the Saba Bank to assist the sailboat. Upon arrival, the Poema crew gave the captain food and water as he also ran out of food. The 74-year-old man looked very exhausted.