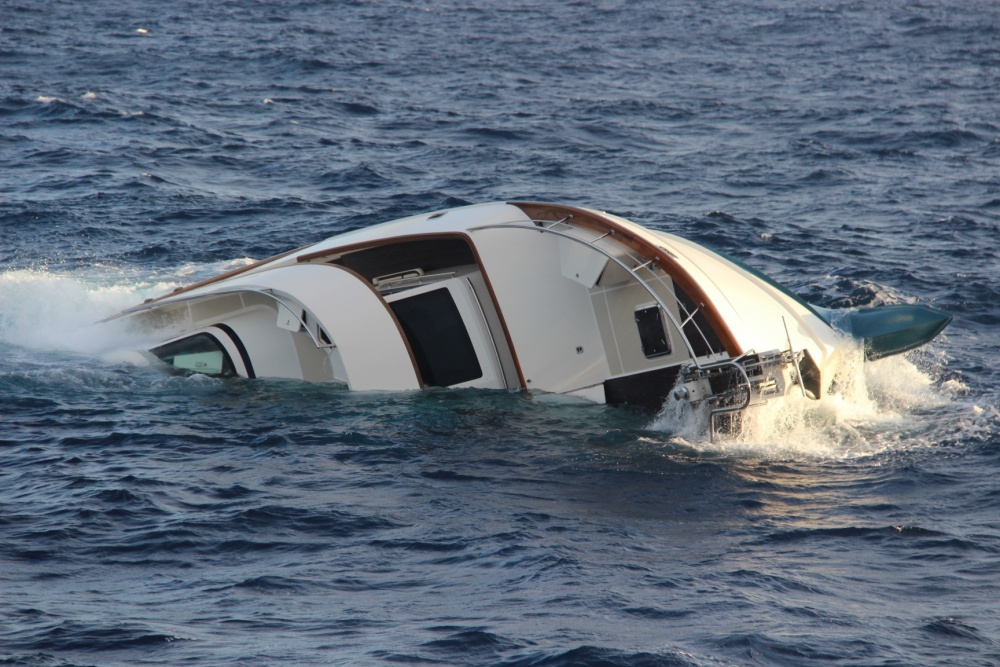 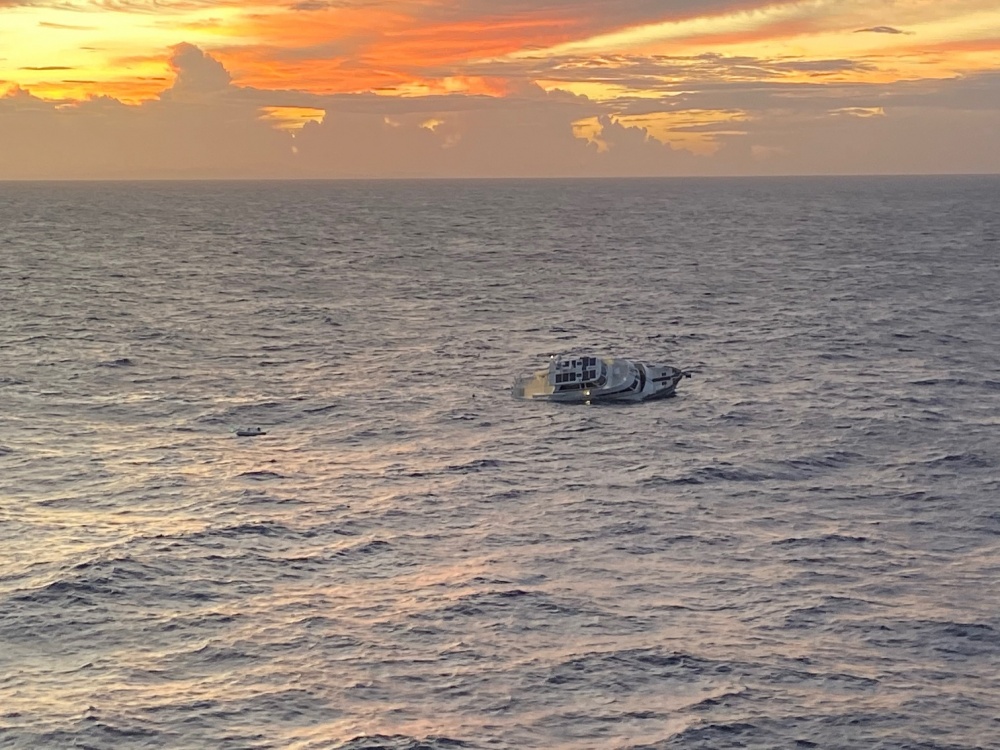 Rescued are four U.S. citizens from Boston and Florida, in their 20’s and 30’s, who reportedly were the only persons traveling aboard the 80-foot yacht Clam Chowder, when the vessel began taking on water and started sinking.

“This rescue highlights the importance of having proper survival gear and the thorough preparation by the crew of the Clam Chowder,” said, Lt. Carlos Gonzalez, MH-65 Dolphin helicopter co-pilot for the case. “Having lifejackets, VHF radios and a raft helped save four lives today.”

At 5:22 a.m. Sunday, watchstanders at Sector San Juan received a VHF radio Channel 16 distress call from the Clam Chowder, reporting the vessel’s stern was mostly under water. Despite having multiple pumps energized, the crew could not keep up with the flooding. The Clam Chowder additionally reported losing power and listing to starboard at which point the Captain ordered the crew to abandon the vessel.

Watchstanders directed the launch of an Air Station Borinquen MH-65 Dolphin helicopter and diverted the fast response cutter Robert Yered (WPC-1104) to search for and rescue the boaters. Watchstanders also issued an Urgent Marine Information Broadcast UMIB to alert marine traffic in the area. The Malta-flagged 680-feet container ship Calais Trader received the UMIB and remained on scene during the rescue monitoring the situation and ready to provide rescue assistance.

The survivors were transported to Air Station Borinquen where they were transferred to awaiting Customs and Border Protection and Emergency Medical Service personnel.

Channel 16 VHF (156.8 MHz) is the marine international distress, safety and calling channel. Ships required to carry radio, USCG, and most coast stations maintain a listening watch on this channel.