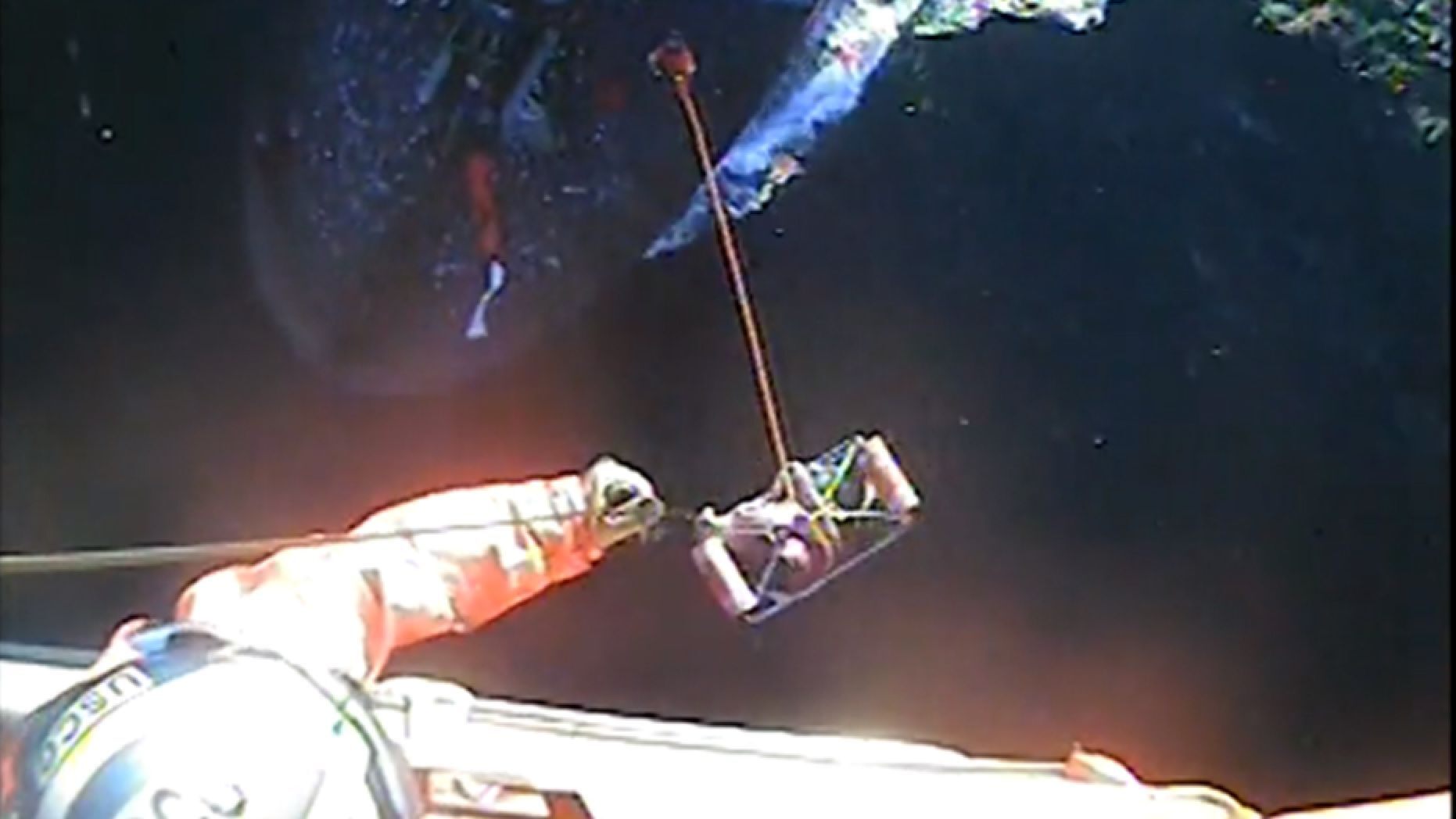 A U.S. Coast Guard crew was captured on video making a daring rescue during what one official described as a “race against time” to save a fisherman’s life.

The footage, which was taken 50 miles off the coast of Neah Bay, Wash., on Saturday, shows a Coast Guard helicopter flying parallel to a Canadian fishing boat in choppy waters while airlifting a 19-year-old to safety.

“It was a race against time and we were doing everything we could to get to the fishing vessel as fast as we could,” Coast Guard Lt. Skylar Swenson told CTV News.

Swenson said the Coast Guard was called to the scene after a fisherman onboard the vessel seriously wounded his leg. He said the cut was six inches deep and struck an artery – and that others on board took “really good care of their crew member” and “stabilized the bleeding” before the Coast Guard showed up.

The footage shows the fisherman waving and giving a thumbs-up as he is hoisted up into the helicopter. The waves rocking the boat, Swenson says, were up to 10 feet tall.

The Coast Guard says the man later was taken to Olympic Medical Center in Port Angeles, Wash., and is in stable condition.

“That’s why we love our job,” Swenson told CTV News. “That’s the best feeling there is, to go home… knowing that we saved a young man’s life and to see the smile on his face.”

Watch the video of the rescue at :