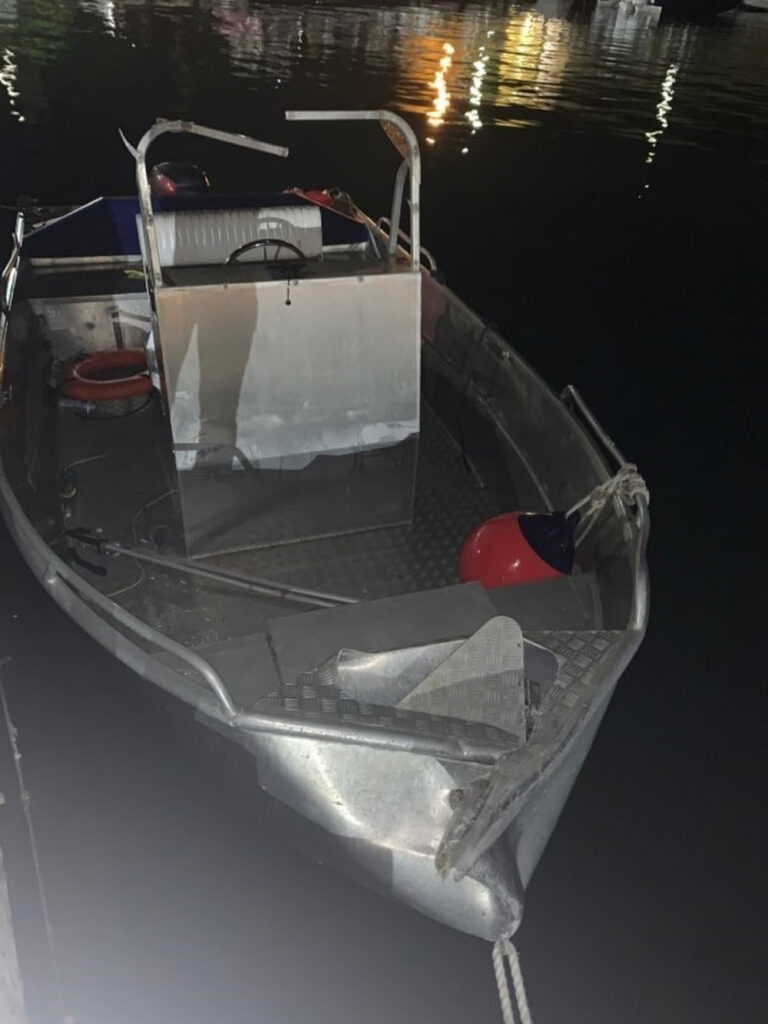 ST. THOMAS, U.S. Virgin Islands — Coast Guard marine investigators are seeking the public’s assistance to help identify the operator of a suspect vessel, a white-hulled center console boat, involved in a hit and run incident the night of Jan. 24, 2021 in St. John, near the National Park Service NPS and Caneel Bay fuel dock in Cruz Harbor.

Coast Guard Marine Safety Detachment St. Thomas is conducting a marine investigation into this incident, which left two passengers, a man and a woman, seriously injured, one of whom remains hospitalized in critical condition. Coast Guard marine investigators are also coordinating and sharing information on the investigation with the Virgin Islands Police Department and Department of Planning and Natural Resources.
At approximately 9 p.m. Sunday, a small aluminum skiff reportedly was leaving Cruz Bay when a white-hulled vessel, approximately 20 to 30 feet in length, entered the harbor at a high rate of speed and collided with the skiff.

One of the passengers from the skiff was thrown into the water and sustained multiple injuries, while the other was knocked unconscious with life threatening injuries. Good Samaritans’ immediately began to render assistance; they pulled the injured passenger from the water and took the other passenger to the dock. The two victims were transported to the Roy Lester Schneider Hospital in St. Thomas.

The white-hulled vessel reportedly continued into Cruz Bay at high speed, turned around by the NPS dock and fled the scene without stopping to render assistance or to check on the other vessel. The vessel was later seen being placed on a trailer near the Cruz Bay boat ramp and towed inland on St. John. The white hulled vessel appeared to suffer significant damage to the bow as a result of the collision.
Anyone with information on this case is asked to contact Coast Guard Marine Safety Detachment St. Thomas at STT@uscg.mil or call 340-776-3497.