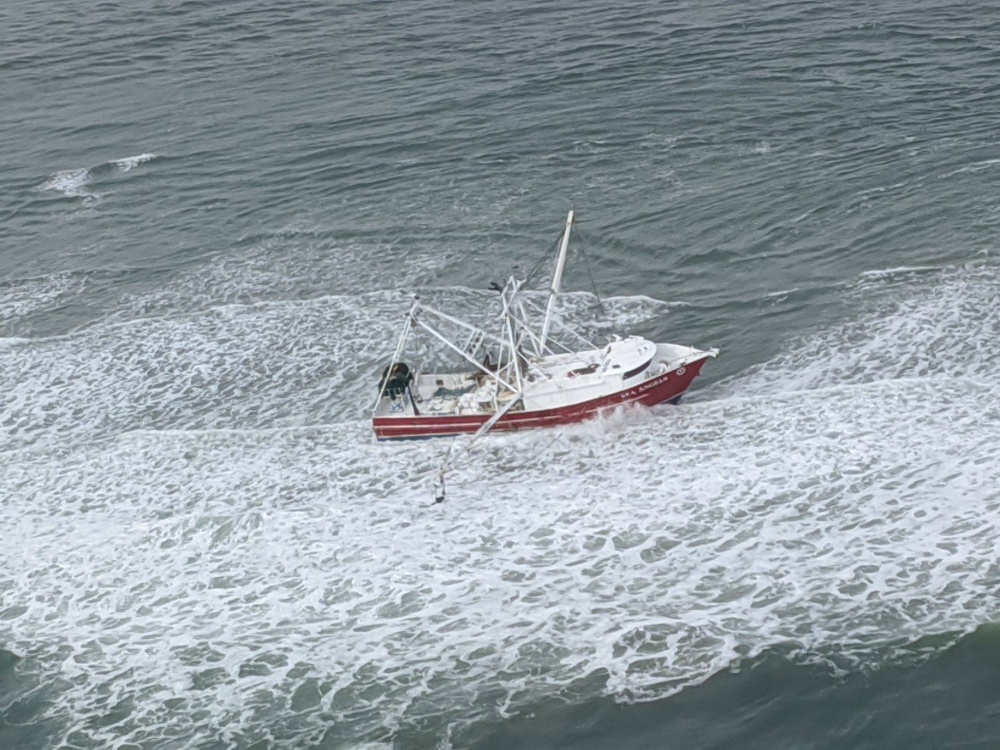 Coast Guard Sector North Carolina received a radio distress call at approximately 8:12 a.m. from a crewmember aboard the fishing vessel Sea Angels. The crewmember reported that there were four people onboard and that they had run aground due to mechanical issues and requested assistance from the Coast Guard.

There were no reported injuries or visible signs of pollution.

“Now that the crewmembers are safe, our main focus is working with the vessel owner to address any potential pollution,” said Capt. Bion Stewart, Commander at Sector North Carolina. “We are continuing to monitor salvage operations of the grounded vessel.”