Shipwrecked! Two men and a woman who were stranded on a deserted island in the Bahamas for 33 DAYS after their boat capsized are finally rescued by Coast Guard and say they survived on COCONUTS. 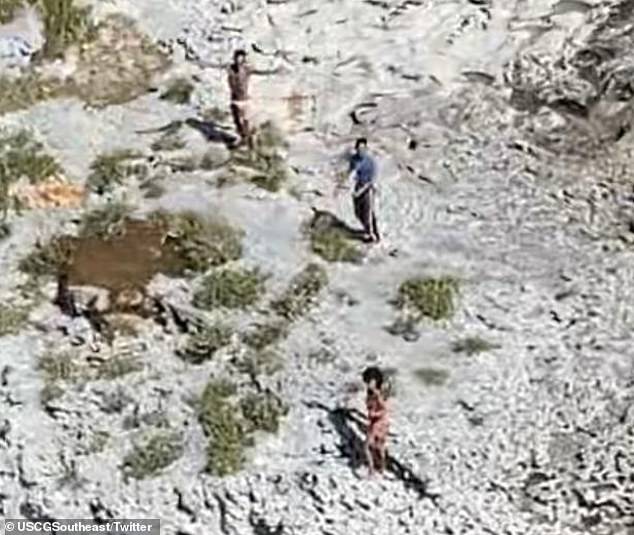 Two men and a woman have been rescued from a deserted island in the Bahamas after they were stranded for 33 days and survived on coconuts.
A helicopter crew with the US Coast Guard (USCG) conducted the Hollywood-worthy rescue on Tuesday.
The agency said officers spotted people waving flags on Monday during a routine air patrol of the waters around Anguilla Cay, an uninhabited Bahama Banks’ island between Cuba and the Florida Keys.
The castaways, who have not been named publicly, were all Cuban nationals, USCG said. The trio told rescuers that they ended up on the island about five weeks ago after their boat capsized in rough waters and they swam to shore.
USCG Petty Officer 2nd Class Brandon Murray said it wasn’t immediately clear why the people were in the boat in the first place, the Sun Sentinel reported.
Murray speculated that they may have been migrants trying to make it to the US or fishermen who got lost at sea.
He expressed disbelief that the group managed to survive for so long on the island alone.
‘I cannot recall a time that we saved people who were stranded for over a month on an island,’ Murray said. ‘That is a new one for me.’ The helicopter crew that first noticed the group dropped water, food and a radio down to them on Monday, as seen in a video released by the USCG.
A crew then returned on Tuesday to airlift them and bring them to the Lower Keys Medical Center.
None of the castaways appeared seriously hurt, USCG said. 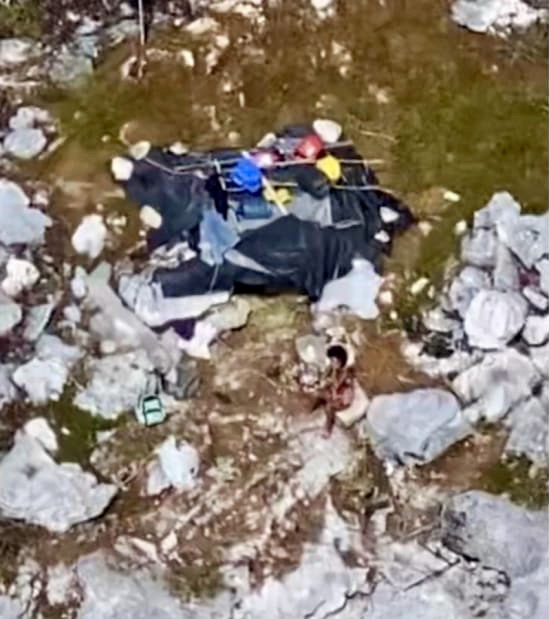