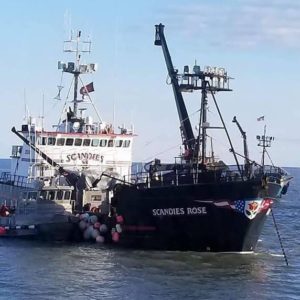 After deciding to suspend its search for five people feared dead after their 130-foot crabbing boat sank on New Year’s Eve off the Alaska Peninsula, the U.S. Coast Guard has released the names of the crew members of the F/V Scandies Rose.

Rescuers found two survivors in a life boat within hours of the distress call. But on Wednesday night, the Coast Guard decided to suspend the search for the rest of the seven-person crew.

The two survivors are Dean Gribble, Jr. and John Lawler. They were treated for hypothermia at a hospital in Kodiak, but sustained no other serious injuries. 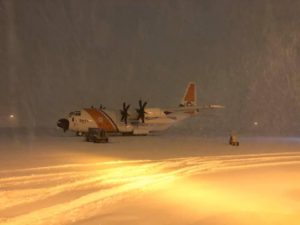 “We did our best,” said McKenzie. “We spent a significant amount of time out there. We sent several crews out there. The conditions were absolutely deplorable on scene. And unfortunately, we were not able to find the five missing fishermen.”