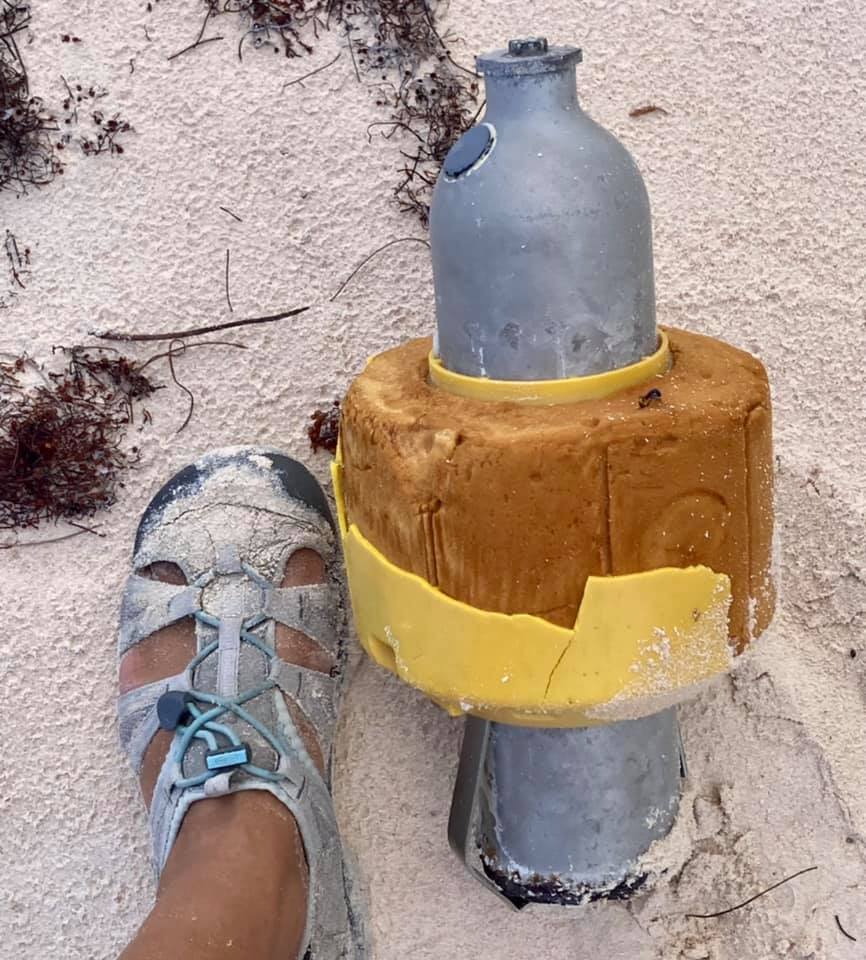 This Post was made on our Facebook Group Boat Watch Flotsam & Jetsam.
EDIT – mystery solved
“Commercial Vessel Man overboard smoke buoy.
Usually fixed on both bridge wings. When a man overboard is declared the buoy is released and should stay in the area relative to the man overboard, allowing the ship to turn 180° and return to the position”
Also debris from “El Faro” has washed ashore in this area.
Eleuthera
Found on an Atlantic beach near Alabaster Bay. 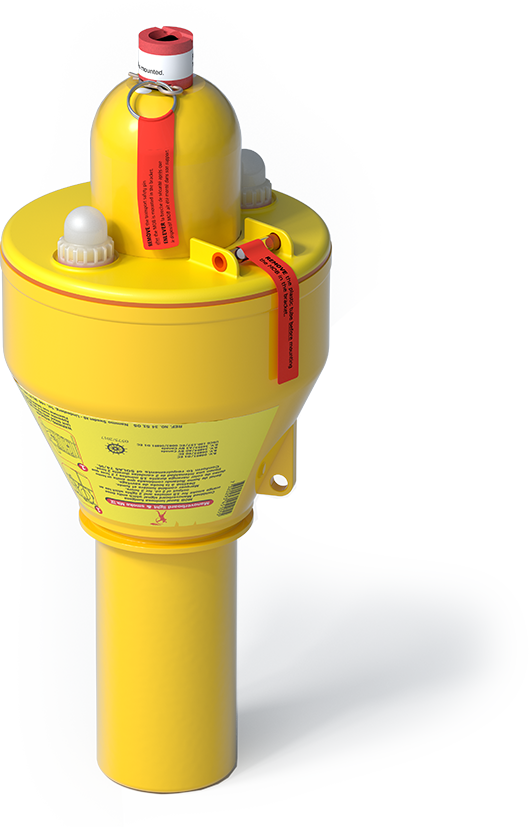 This distress signal is designed to be mounted vertically on the ship’s bridge, with one on the port and one on the starboard side.

It should be attached behind or to the side of a lifebuoy at a minimum of five meters above the water line. When the lifebuoy is thrown overboard, the MOB is pulled with it and as it leaves its bracket,
it automatically emits light and smoke to attract attention to the person in the water. On smaller vessels, it can be mounted on the wheelhouse bulkhead and launched manually.

The MOB light and smoke signal has a lithium battery and can be used as a day and night marker. It is approved globally and meets the latest SOLAS regulations.