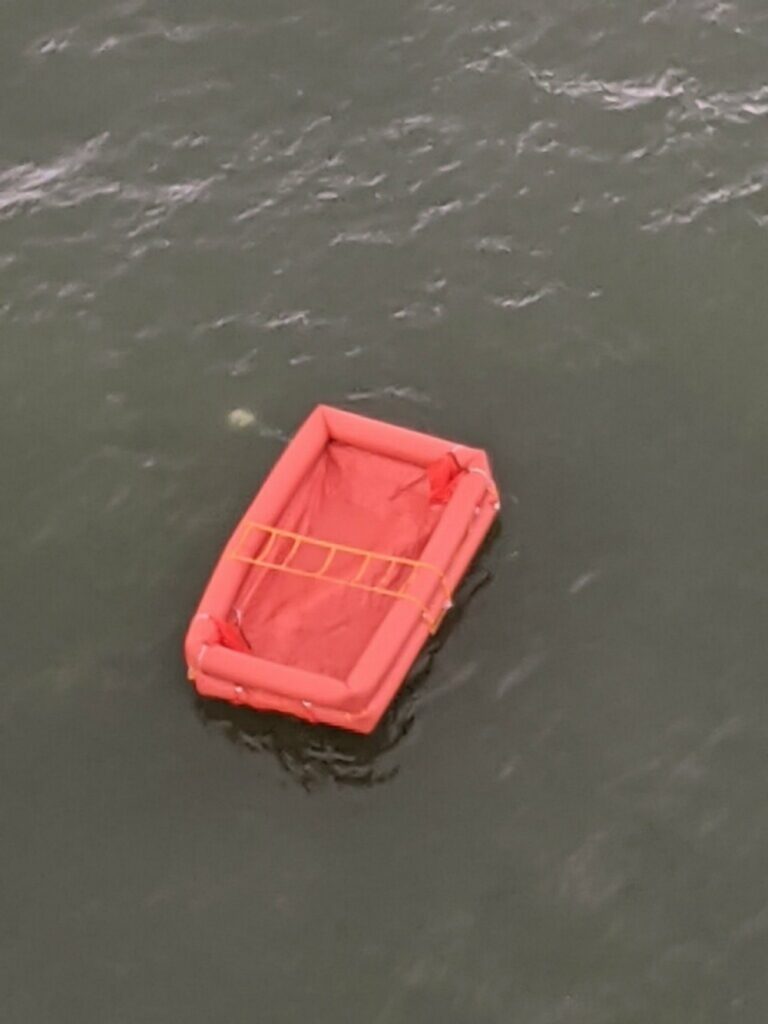 BUXTON, N.C. — The Coast Guard is searching for a possible missing people in the water approximately one mile offshore of Buxton, Thursday.

Once on scene, the aircrew deployed a rescue swimmer into the water to observe the life raft more closely. The life raft is reported to be a six-man orange life raft with a sea anchor inside and no visible marine growth or markings.

Crews from the Coast Guard Cutter Nathan Bruckenthal (WPC 1128) and a 47-foot Motor Lifeboat boat crew from Station Hatteras Inlet were launched to conduct a search of the area.

Current weather on scene is 70 degrees with the water temperature at 76 degrees and two to six foot seas.

Anyone with information regarding the possible origin of the life raft is asked to contact Coast Guard Sector North Carolina watchstanders at (910) 343-3880.