Hazard to Navigation Passage to Horta

Chris Parker, Marine Weather Center, has received information from a cruising boat SV Scintilla on a passage to Horta of a large obstruction with attached buoy as follows:

“We have just seen a large obstruction mostly submerged with orange buoy either having being attached or attached from the get go .
Hard to say what it was but part seemed to stick out of the water a couple of feet. So maybe a lot of the obstruction is under water .
I think I’ve told SV Ostrika close behind us but you may know of other boats it might concern and direction it might be heading . If it had been night we’d have had no chance of seeing it.”

This notice will be broadcast on the Doo Dah / SSCA Transatlantic Cruisers Net beginning at 1700 hrs Eastern Time on 8.152 MHz.

This is not an actual photograph of the buoy observed. 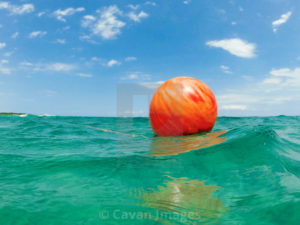